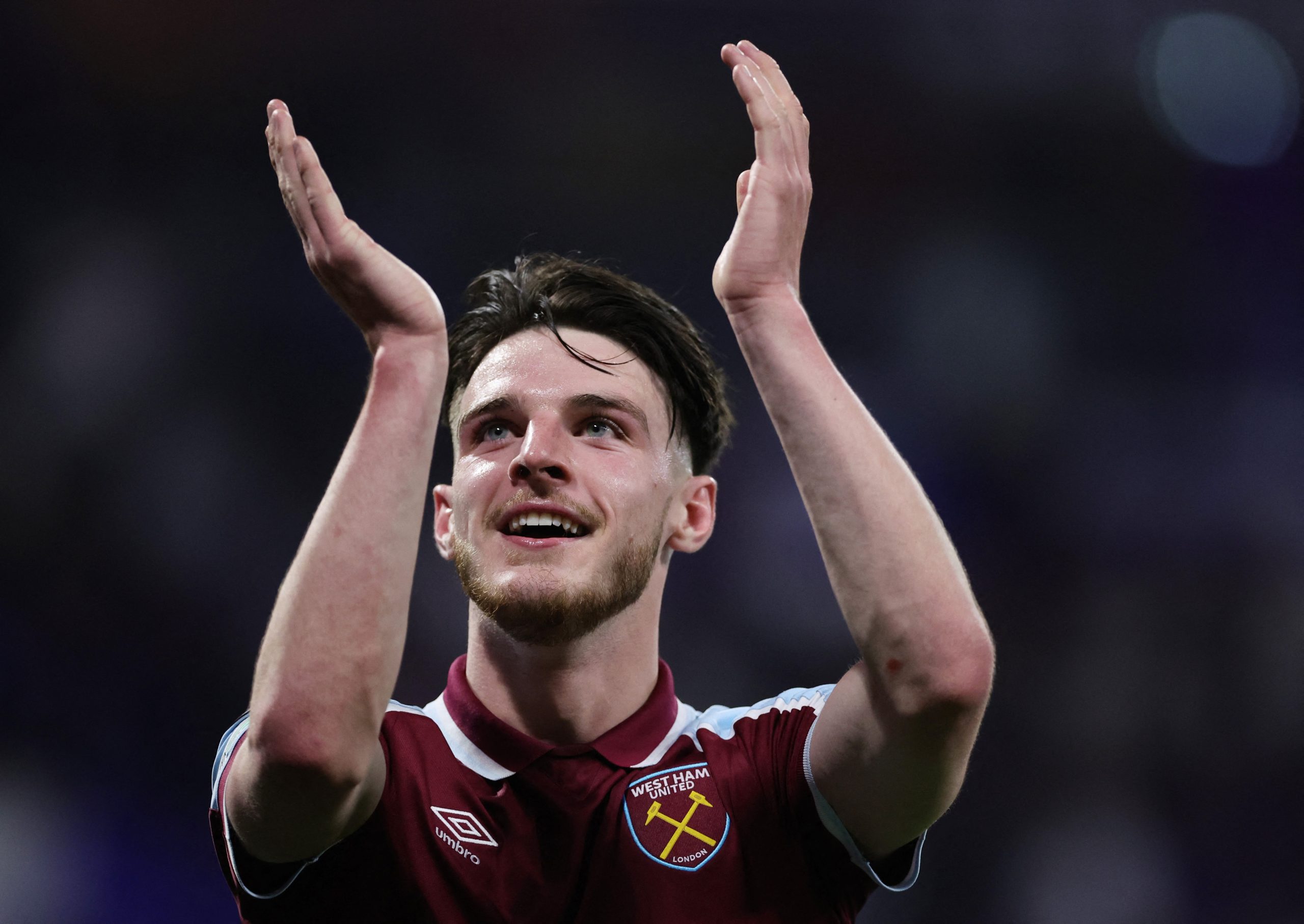 An report from Claret and Hugh has revealed exciting news for West Ham supporters surrounding the future of star man Declan Rice.

THE LOWDOWN: MOST WANTED

The 23-year-old has gained quite the following for his performances in a Hammers jersey over the past couple of seasons.

Earlier this month, 90min reported that Manchester United were prepared to smash their transfer record to land the midfielder while it is thought the burgeoning talent would prefer a return to his boyhood club Chelsea, who are also interested.

Last summer, GSB attempted to tie the £62k-per-week star down to a renewed contract but their efforts were rebuked twice.

Throughout the speculation, manager David Moyes has insisted that it would take at least £150m for the club to part ways with the 29-capped England international but it seems as if he will be sticking around at the London Stadium for at least another while.

A top-club insider has told Claret and Hugh that despite interest from other clubs, Rice’s focus is solely on West Ham for the next 12 months ‘minimum’.

It goes on to describe an agreement between the two parties that would seem to suggest that there is an ‘acceptance’ at the club that if Rice can’t achieve his goals and win trophies in east London then he will be looking to do so elsewhere and perhaps as early as next summer.

‘Talks between the club, Declan and his agent/father Sean have been 100 percent amicable.

‘The captain has informed the club outright that he has no plans to hand in any kind of transfer request and intends to give his all until his final day in a claret and blue shirt.’

THE VERDICT: OVER TO YOU

It would seem as if both sides are keen to see where the next 12 months takes them and with an upcoming Europa League semi-final the Irons could move one step closer to securing Champions League football next season which is something the £67.5m-rated ace has an “urgent” desire to play “as soon as possible”.

One would think that the Londoners will be looking to re-open contract talks as they aim to convince the once dubbed “generational talent” by The Athletic’s West Ham correspondent Roshane Thomas to stay at the club.

Ray Parlour said last week that he could go on to become a Hammers “legend” and with Chelsea’s curious ownership situation and United going through a turbulent period bereft of any football on the continent perhaps Rice’s best option is to stay where he is and cement his legacy among the West Ham greats.

AND in other news, “Amazing” – Joe Cole lavishes praise on £52k-p/w West Ham titan who’s a “credit to the club”