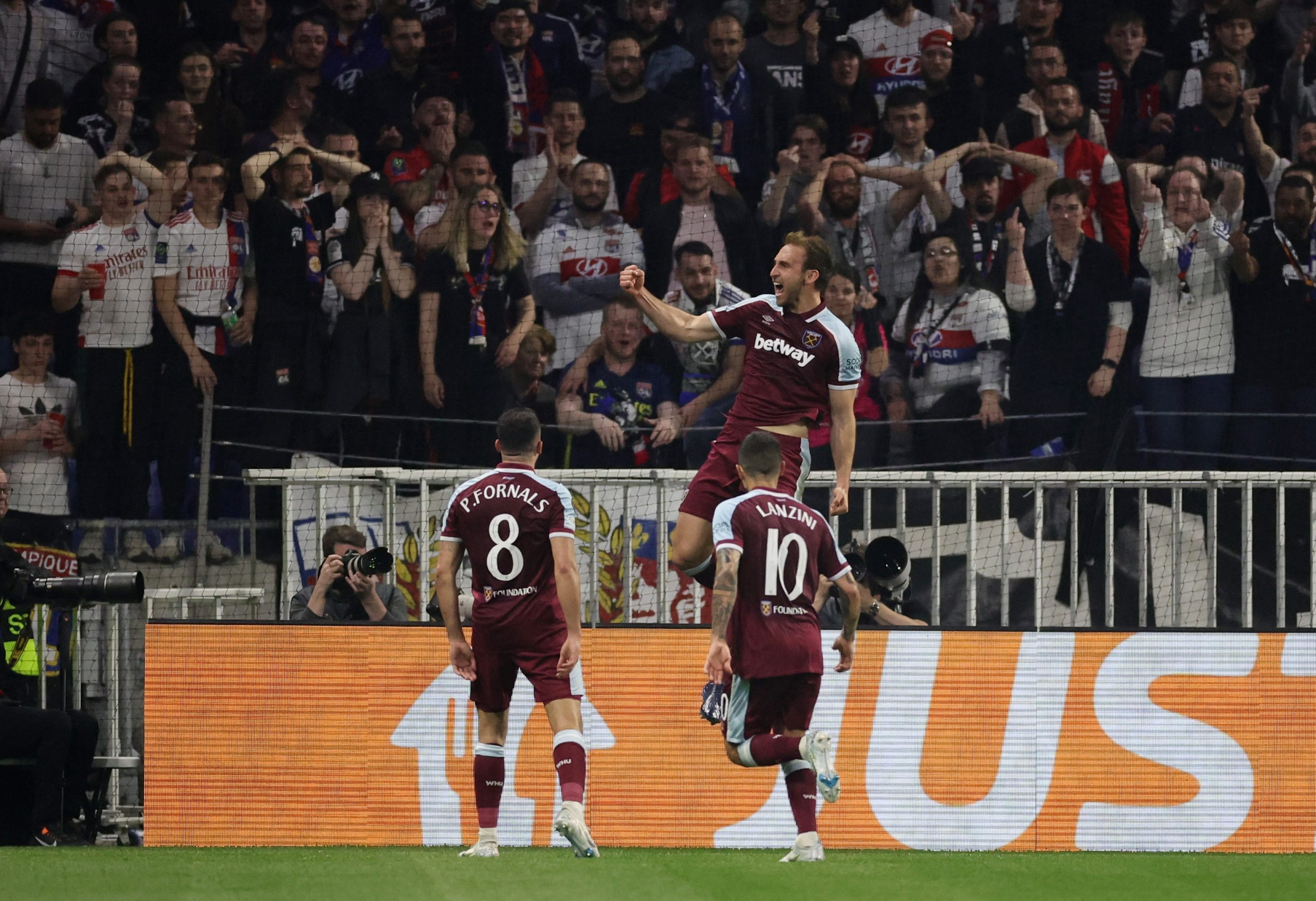 Dawson was signed for just £2m from Watford and has enjoyed a fantastic couple of years in east London.

A trademark header from a corner put the Hammers in front last night as the 31-year-old set the club on their way to a first major European semi-final in 46 years.

He was a rock at the back alongside Issa Diop who deputised for the injured Kurt Zouma and has become the leader in defence despite being signed as a backup.

As presenter Jules Breach revealed, 12 years ago on Wednesday, the English defender lined out for Rochdale in League Two in their 1-0 defeat to Darlington.

“It’s an amazing moment,” he said.

“He’s a credit to the club, bought in for £2m and gone from being bought as a back-up to being the main man now.

“He has been everything David Moyes has asked of him and the club, he’s come up and stood up tall, credit to him and credit to everyone that’s around him, his family because he has just done himself proud there.

“You have got to love him, Ballon d’Orson,” he laughed.

It seemed fitting that, the cult hero opened the scoring particularly after pictures emerged of a banner reading “Ballon d’Orson” in the build-up to last night’s game.

The ex-England U21 international, who earns around £52k-per-week, has become a fan favourite at the London Stadium and it isn’t hard to understand why.

Last night was his second goal in Europe this season and the 52nd of his career which has taken him from the EFL Trophy all the way to a major European semi-final.

He led from the back too with six blocks and four clearances and posted a ‘Man of the Match’ 8.5 rating (via SofaScore).

As quoted by whufc.com, Moyes lauded his towering defender.

“Daws has upped his gears again. He’s gone again and he’s actually had a few dints on the nose in the last few weeks – a broken nose – and kept going.

“He’s played really, really well and he’s stepped up because you have to think we’ve got no Angelo Ogbonna, we’ve got no Kurt Zouma, no Cressy (Aaron Cresswell) tonight, and we’ve come here and got the result.

“When you look at it that way, you say: ‘Wow.’ To come here tonight and keep a clean sheet was some achievement.

Football journalist Richard Jolly joked last night that the centre-back has more goals in the quarter-finals of European competitions in the 2020s than Cristiano Ronaldo and Lionel Messi who have 13 Ballon d’Or wins between them so who knows for Dawson but one thing for sure is that he looks certain to earn a contract extension beyond 2023 thanks to this immense rise.

AND in other news, West Ham keen on “extraordinary” £27m-rated machine, would need to break club record