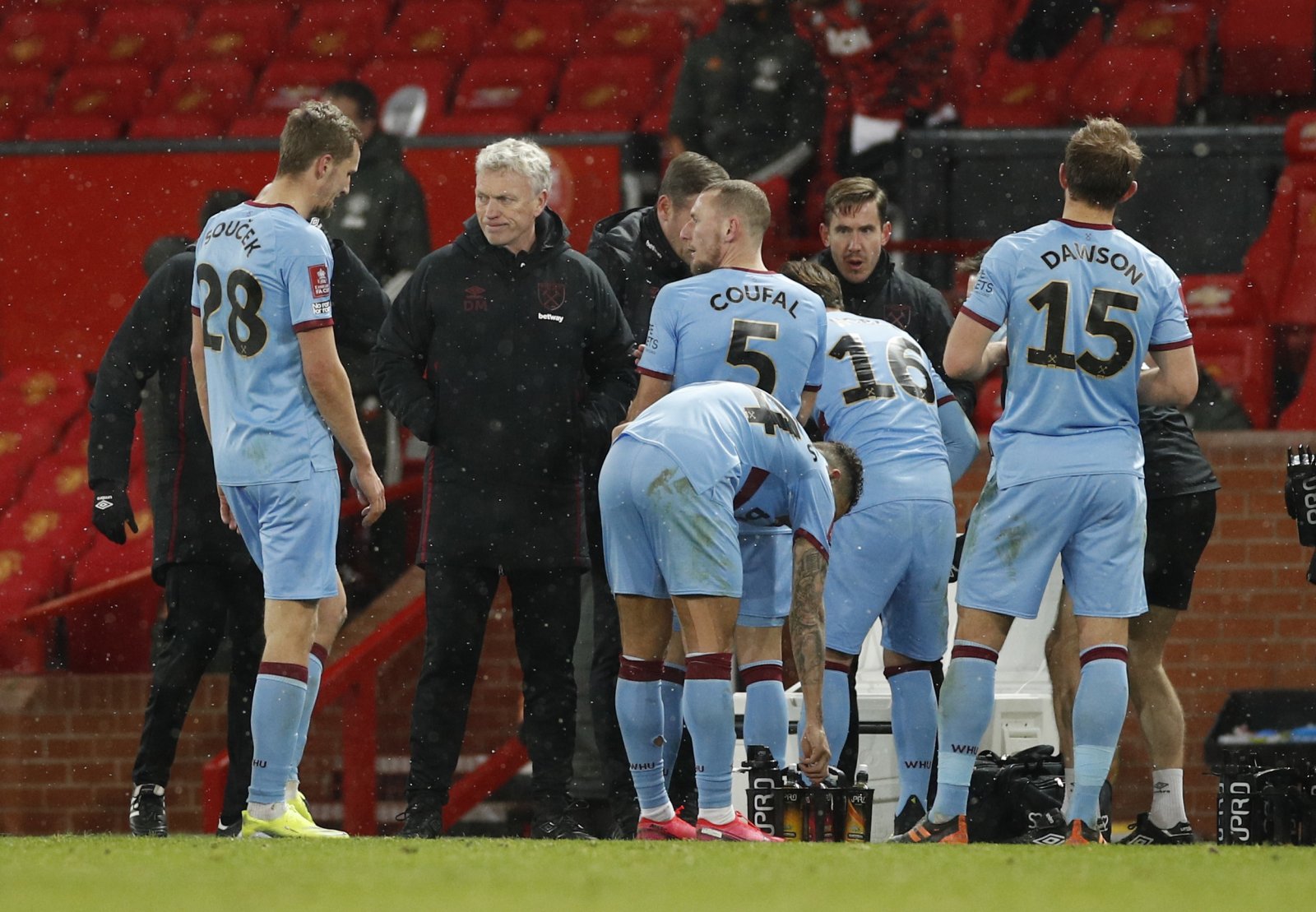 West Ham take their European charge on the road on Sunday night when David Moyes returns to an old stomping ground to take on Manchester United at Old Trafford.

After both Chelsea and Everton dropped points on Saturday, this is a huge opportunity for the Irons to further enhance their top-four chances with a victory.

Having played out two closely fought encounters previously with Ole Gunnar Solksjaer’s men this season in league and cup, the Hammers can be confident of matching their hosts.

There will be even more confidence within the east Londoners to get a result as their opponents will be missing a host of star players from their ranks.

By comparison, Moyes has almost a clean bill of health to choose from for this clash, although newfound hero Jesse Lingard won’t be available due to being on-loan from the Red Devils.

Here’s how we think Moyes will lineup…

Lukasz Fabianski – Returned to the side after injury against Leeds United and put in a remarkable display. New contract this week will have further boosted confidence.

Vladimir Coufal – Amongst the most consistent performers this season for the Irons and visibly takes defeats to heart, lets hope for a happy Coufal at 90 minutes.

Craig Dawson – A giant among men since coming into the side and has justified calls for an England squad place. Another test here but has already proven more than capable to withstand anything.

Issa Diop – Big night for the Frenchman as Angelo Ogbonna nears a return to full fitness. Has stood up well so far.

Aaron Cresswell – Been there and done it on numerous occasions and has continued to prove any doubters wrong with a fantastic season.

Tomas Soucek – His energy levels alongside Rice will be important as the Hammers look to get the better of the midfield battle.

Jarrod Bowen – Sat on the bench for the Leeds clash and will be chomping at the bit to start here. His added energy could be vital.

Pablo Fornals – Without Lingard, the onus falls on the Spaniard to spark something from nothing and perhaps run beyond the last line of defence. Will have a part to play helping out Cresswell also.

Said Benrahma – Perhaps wouldn’t have started were Lingard available so he needs to take this chance. Has shown glimpses of his capabilities but the lack of goals might have cost him his place.

Michail Antonio – Crucial as ever to the way Moyes’ side operates. Must hold the ball up and bring others into play and is more than capable.