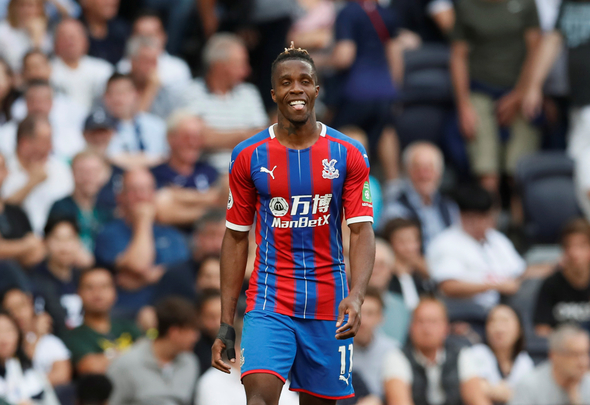 West Ham surely have to be wary over facing Crystal Palace attacker Wilfried Zaha on Saturday after Michael Owen claimed the winger was back to his very best last weekend.

The Hammers are set to host Palace at the London Stadium on Saturday and while Owen did predict Manuel Pellegrini’s side to be too much for their London rivals, he couldn’t help but highlight Zaha’s return to form.

“I expect them to have too many guns in this London derby for a Palace side who saw Wilfried Zaha back to his very best in their win over Norwich at Selhurst Park last weekend,” wrote Owen for BetVictor.

Zaha was a show-stealer during Palace’s 2-0 win over Norwich as not only did he rack up one assist, but he made five key passes and kept the Canaries’ defence sweating by having four shots at goal. (Source: WhoScored)

The 26-year-old wasn’t having the best 2019/20 campaign ahead of the Norwich clash, as while he has been lively, he has averaged two shots per game and has averaged one key pass per match across his seven league outings (Source: WhoScored), he hasn’t scored a league goal yet, and his one and only assist was in his latest display against Norwich.

However, there’s no denying that Zaha is a player capable of causing the Hammers’ damage based on his previous record in the Premier League.

The 26-year-old was involved in 12 goals in that campaign, scoring nine as well as assisting three, in order to achieve his joint highest-rating for a league campaign of 7.38 on WhoScored.

Given that Palace finished 11th that season, it’s just further proof about how Zaha is able to excel in a bottom-half team and rack up stats which suggest he can single-handily help change games in his side’s favour, by scoring or creating goal-scoring chances.

Given that Owen claimed that Zaha was back to his best, then the Hammers need to have a plan to stop him as he is a game-changing player.

After all, the 26-year-old won’t want his return to form against the Canaries just to be a one-off display as now that he has found his groove again this season, he’ll be going all out to ensure his form continues at the Hammers’ expense.

So with that in mind, if the former Premier League forward is right to claim Zaha is back on top form, then Saturday’s game may be harder for the Hammers than previously expected.