West Ham barking up the wrong tree with Benedetto 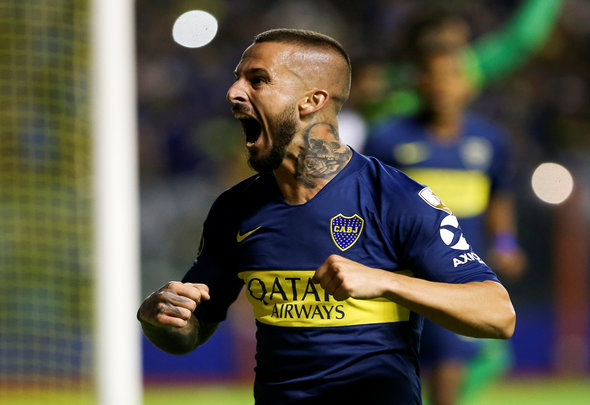 There’s no doubt that West Ham United manager Manuel Pellegrini needs to give his striking corps a bit of an overhaul this summer, but a player like Dario Benedetto is just not what the team needs.

On Tuesday TEAMtalk reported that the Hammers are interested in making a move for the Argentine international, who the outlet can only value at ‘less than £20million’. If his eventual transfer fee is anywhere near that amount, though, West Ham should run for the hills.

Even if it’s closer to £10million it’s a deal best avoided. Benedetto is a decent player, he’s OK, but he’s never played outside Argentina and Mexico, has no sell-on value and hasn’t impressed at all this season.

He’s had some injury problems to be fair to him, but that in and of itself should be a concern for the Hammers. When you factor in the fact that he’s scored just four goals in 19 games this campaign you begin to see why alarm bells are surely ringing for the Hammers faithful.

The club will need to bring in one, probably two, strikers this summer. Andy Carroll looks almost certain to leave, Lucas Perez too, while the futures of Javier Hernandez and Marko Arnautovic are cloudy at best.

So it’s not the position that is the problem, merely the player West Ham have identified. Benedetto simply doesn’t seem like a risk worth taking. What’s he going to offer that a more proven European player can’t?

Surely it’s far better for the Hammers to bring a top class centre forward from Europe, such as Celta Vigo’s Maxi Gomez. Benedetto’s just not the man for them at this moment in time, it’s as simple as that.