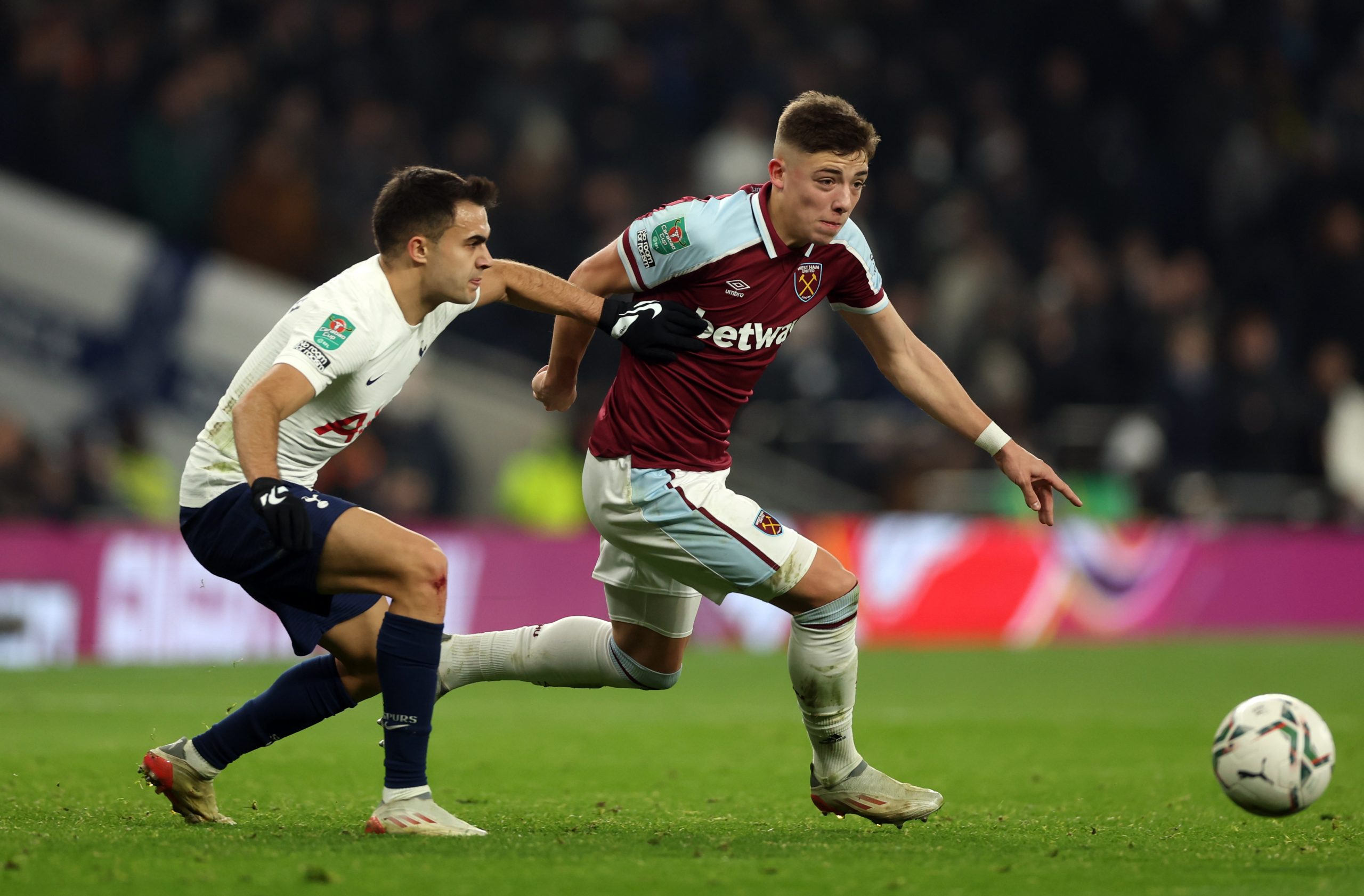 West Ham United are said to be “very cautious” about offering youngster Harrison Ashby a new bumper deal at the club.

That is according to transfer insider Dean Jones, who claims that the Hammers do not want to upset their structure with fears over other up-and-coming gems also seeking improved terms in order to commit their future to the club.

Jones believes that West Ham co-owners David Sullivan and David Gold need to find a solution with Ashby amidst interest in the four-cap Scotland under-21 international from the likes of Leeds United and Newcastle United respectively.

Speaking to GIVEMESPORT, Jones said: “West Ham have to try and sort out the situation.

“They’re very cautious about giving him a big, new contract because of the knock-on effect it might have to other players within the set-up. This is a situation that is going to be ongoing for a little bit.”

West Ham find themselves in a tough place when it comes to Ashby’s contract situation.

On one hand, if a deal cannot be made, then the club will lose a promising and progressive full-back who could be pivotal to the team in years to come. However, as Jones points out, if a bumper deal is arranged, it could put duress on West Ham in terms of their wage structure, with other Rush Green prospects likely to want similar terms.

There seems little doubt that the 20-year-old has the quality to thrive at the London Stadium, having already been trusted to play in the Premier League and Europa Conference League.

It was Ashby’s form throughout the 2021/22 Premier League 2 season which earned the starlet a place in the first team, after he was able to demonstrate his ability as a progressive full-back, garnering two goals and five assists in 21 appearances for the Irons’ under-21s.

If he is to follow in the footsteps of Sonny Perkins, who departed for Leeds in the summer transfer window, it would be a real shame for the Hammers, who will surely want to reap the rewards of developing their academy graduates for years to come.

As Jones rightly says, it’s something of a catch-22 situation for GSB.