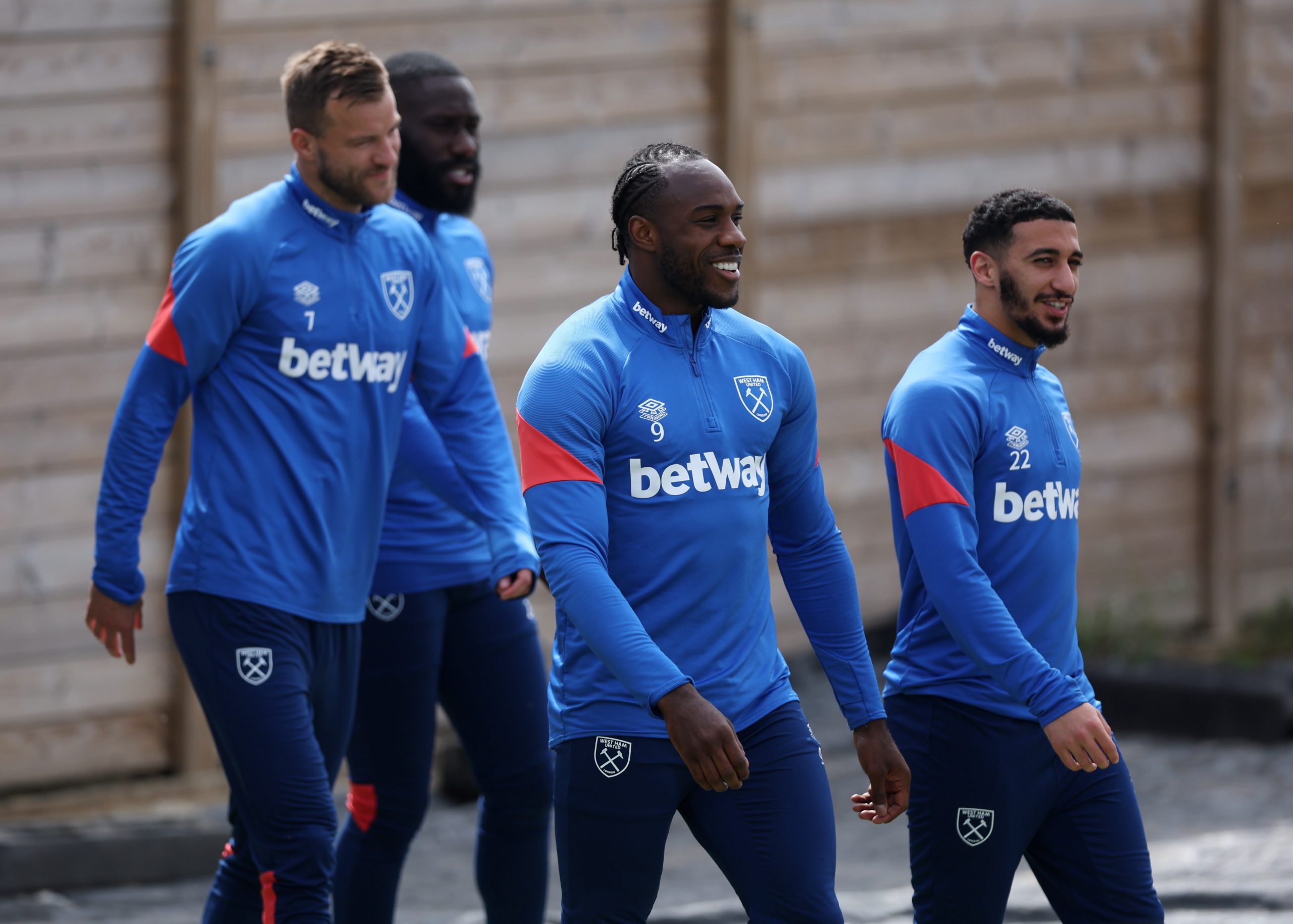 West Ham United have received a triple injury boost ahead of their Europa Conference League bout against Danish Superliga side Silkeborg tonight.

After struggling in the first six games of the Premier League, currently sitting 18th, it has been a different story for the Hammers in Europe so far this term.

With the last round of top-flight games called off out of respect for Her Majesty Queen Elizabeth II following her passing a week ago, the squad will be well rested and now have the opportunity to build on the impressive 3-1 win against Romanian side FCSB last time out in this competition.

If they are successful in their venture, three points will grant them their second set of back-to-back wins this season, in what could be a crucial confidence builder upon the return of the Premier League at the weekend.

Speaking in his pre-match press conference on Wednesday ahead of the clash against the Danish outfit, Moyes issued an update on his squad’s fitness, with positive news on the trio of Maxwel Cornet, Aaron Cresswell and Tomas Soucek, the latter two of whom missed the FCSB game.

As per football.london, the Scotsman said: “Craig Dawson and Aaron Cresswell have travelled, Ben Johnson hasn’t travelled. We will have a look at them, obviously we will have to just check out what we think for them regarding the surface etc, but we have bought them with us, they are both getting nearer to fitness.

“Craig has had six weeks out, Cressy has only had two weeks out really but we need to just make sure that their injuries are okay. They have done a bit of training.”

Moyes added on Cornet: “He was fine, he actually felt it more in his neck, it wasn’t really his head. I think he landed and hurt his neck a little bit, but Maxi is fine, he has been training.”

“Tomas is okay, he’s had a kick in the foot. Tomas hasn’t trained for most of the week and if the game against Newcastle was to be played, Tomas would have been a doubt because of an injury he had to his foot.

“Tomas Soucek has been back training now so he should be okay.”

With Soucek, Cresswell and Cornet all passed fit for tonight, and Dawson potentially in line for a recall after a brief substitute appearance last week, Moyes will be buzzing.

Soucek and Cresswell are core components of the squad and provide a certain defensive stability which could be tough to replace.

The Czech Republic international has a solid partnership with Declan Rice in the heart of the Hammers’ midfield, while the return of the dependable and versatile Cresswell – who has started five of West Ham’s six games in the Premier League this term at the age of 32 – is most welcome.

The same can be said for the restoration of Cornet, who shone last time out against FCSB, creating four chances and winning three tackles (Fotmob).

Whilst Soucek’s omission from the squad saw the team deploy a 4-3-3 shape last week, in what made for an attractive possession-based brand of football, they should only get stronger with the integration of the 27-year-old as a sole pivot, a move which would allow Rice more freedom to perform as a box-to-box ‘number eight’.

Having the aforementioned trio available will be quite a boon for Moyes, although Cresswell’s inclusion for tonight’s game could be doubtful due to Silkeborg’s artificial pitch.