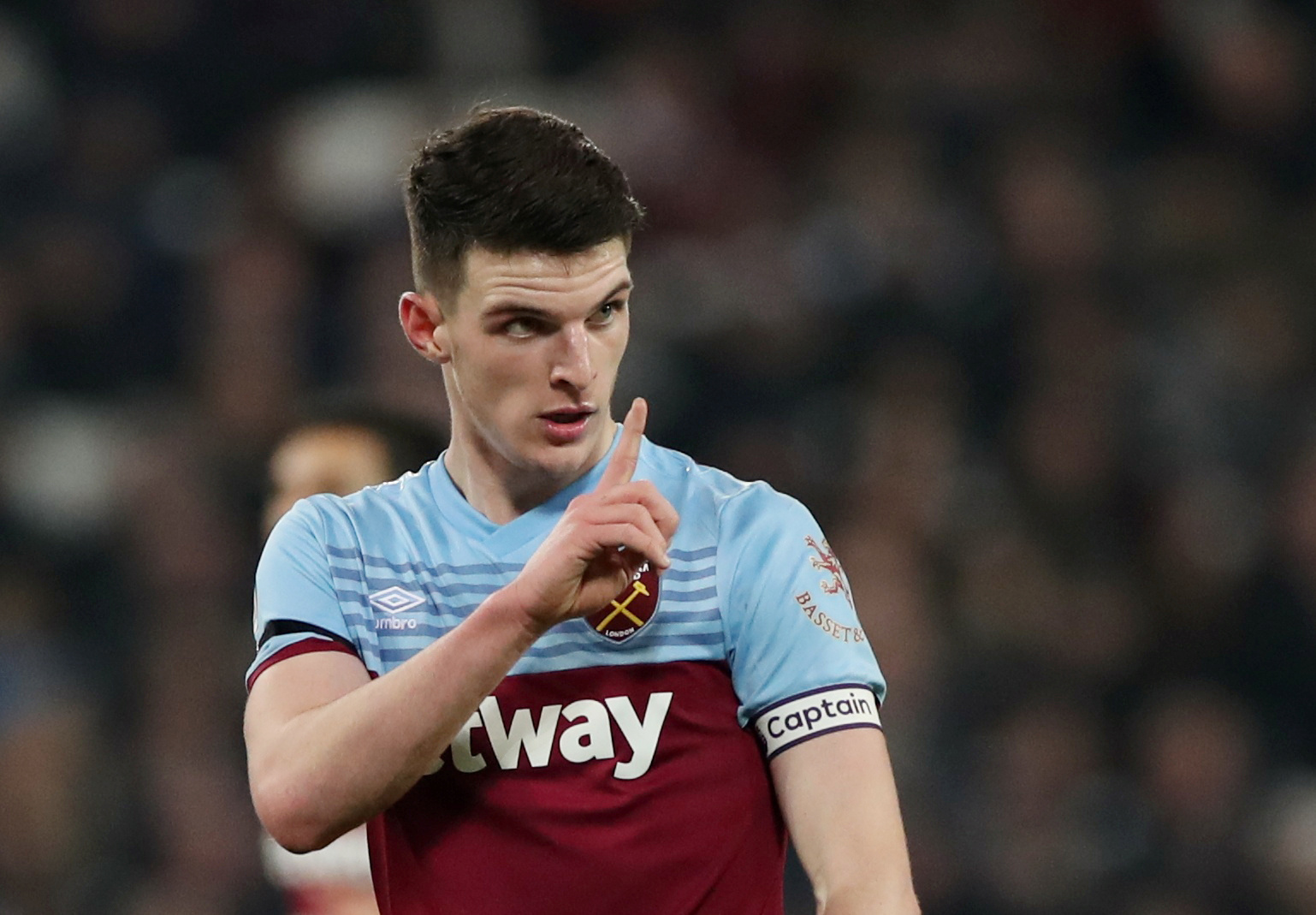 Declan Rice has revealed that David Moyes went ballistic at the young defensive anchor after the game for absconding from his penalty-taking duties.

In what was a commendable and selfless act, the Irons’ assigned spot-kick scorer offered Jesse Lingard the chance to notch another West Ham goal involvement to his record.

His selflessness almost backfired with Lingard seeing his shot saved by Leeds’ Illan Meslier – but Lingard was as nimble as he was mentally attuned to the fast-flowing game as he poached on the rebounded effort.

Speaking to Sky Sports’ Monday Night Football, Rice revealed Moyes’ vexations in the dressing room aimed at him after such a prime opportunity was almost squandered.

“The gaffer has just battered me in there,” he said. “But me and Jess spoke, we’ve been practicing in training together and he said ‘can I take it?’.

“I’m not one to be selfish, there was a bit of controversy with the last penalty, and I was confident in him to go and take the ball.

“If he had missed that there would have been a bit of backlash on me, but I was confident in Jesse’s ability to put the ball away.”

Rice then revealed Moyes re-asserted that the midfielder would be unquestionably back on penalty duties for the foreseeable future.

“The gaffer has just said in there now it’s definitely me again,” he added.

Jesse Lingard now has four goals and two assists in six appearances for the Irons.

Rice’s faith in Lingard was certainly noble, but nobility will not convert to the points it might merit.

Had Lingard failed to follow up on the rebounded shot, the Irons may have been altogether less confident and may have gone on to lose out on all three points.