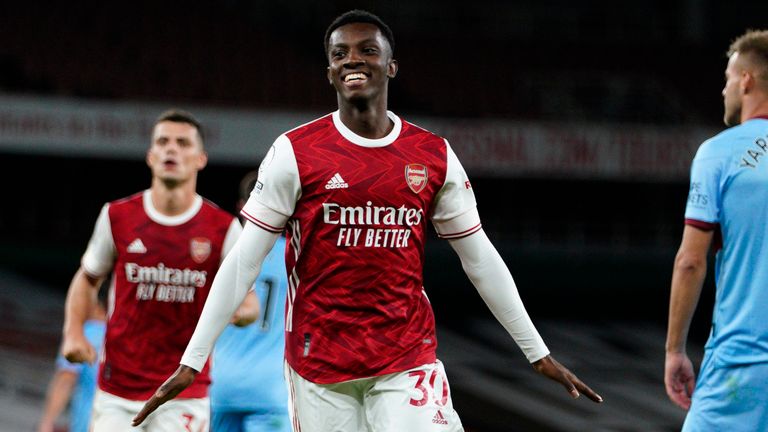 West Ham may have been offered an implicit green light to move on a home-grown striking target following an admission of frustration – but the player signalled an intent to fight for his place.

Eddie Nketiah – who was linked with a London Stadium switch in January – has spoken on his intent to use his role with the England U21s to cement himself as a worthy option in the minds of his superiors at Arsenal.

Nketiah has admitted that he has endured a “difficult” and “frustrating” period at Arsenal.  He has failed to start in a league game for the Gunners since mid-December and has even failed to make the bench in Arsenal’s last eight games.

Speaking to football.london, the Young Lion was honest about his recent difficulties:

“It is a part of football but one that obviously you don’t want to be involved in,” he said.

“I believe in my ability so obviously I think I am capable of playing and helping the team so obviously it is frustrating not playing but you have to channel that frustration in a good way, use your time wisely to work hard and prepare for when that opportunity arises.

“I am grateful to have this opportunity to play at this tournament, to express myself and have fun, get a smile on my face again and play football. I want to do everything I can to help the team do something special.”

From West Ham’s perspective, Arsenal may not be the only team Nketiah is vying to impress.

Any stellar performances could lead to him being solidified as a major target for the Irons, thus exacerbating his chances of getting a move that would guarantee a flow of regular senior minutes.

In that sense, he is placing himself in the shop window as much as he is looking to usurp the likes of Pierre-Emerick Aubameyang and Alexandre Lacazette in the pecking order.