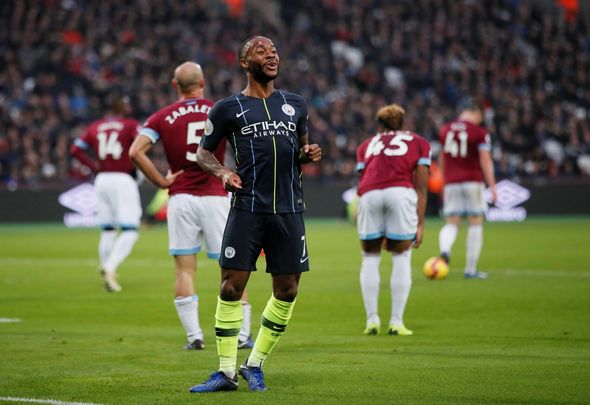 Lots of fans on Twitter have been seeing the funny side after finding out Raheem Sterling will miss this Sunday’s clash at the Etihad Stadium.

Man City revealed last Thursday that the 19-goal man hurt his hamstring against Spurs and will not be risked when Moyes and his boys visit.

Instead of being pleased about the key absence, supporters reacted with banter in light of the fact that Guardiola’s lack of Sterling could be completely irrelevant given the strength of his squad and we’ll probably still get stuffed anyway!

One fan mused that the 25-year-old will probably still bag two from the sidelines, a second joked that he’s hardly going to be replaced by someone of Keith Curle’s ability up top, we might have had a sniff then, and a third said that all we need now is 15 more injuries to have a chance.

See those funnies and more in our below list…

I bet he still scores.

Hardly gonna be replaced by Keith Curle though, is he?
(Good news, as Sterling would’ve been certain to score!)

Another 4 or 5 key players injured and we might keep it below 5.

All we need is another 10 to miss the match!!