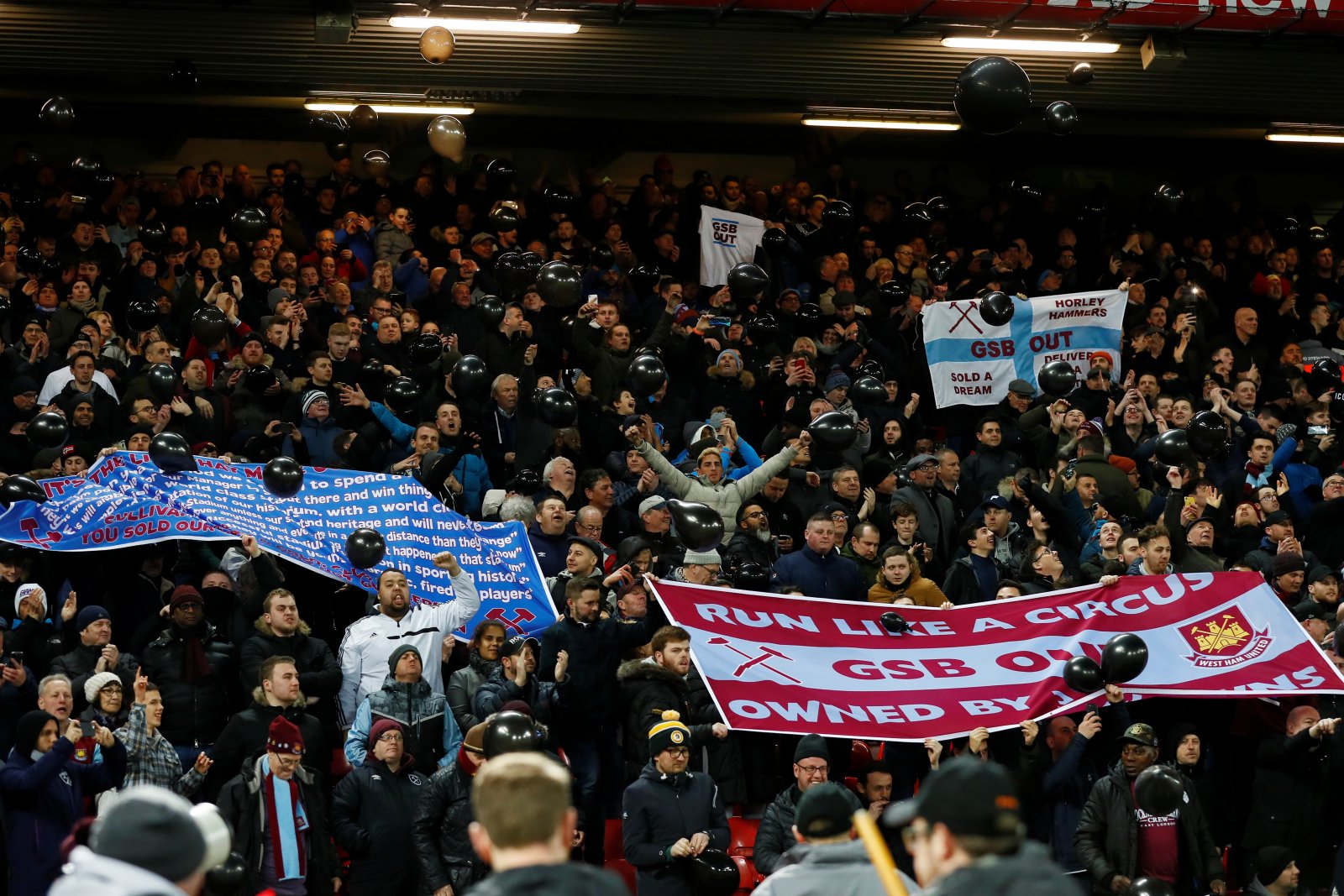 Whilst what West Ham players were doing on the pitch against Liverpool was laudable, there was also something to laud going on in the away end during the match at Anfield – the fan protests.

Whether you agree with what they’re doing or not, it cannot be denied that the demonstration was an impressive spectacle and made a real statement to football live on Sky Sports.

Just prior to kick-off, masses of black balloons mourning the death of the club under GSB were released into the Anfield atmosphere whilst creative and colourful anti-board banners were held aloft.

It’s protest done in the right way and didn’t appear to affect the players or staff at all, in fact it looked like it might have even inspired them to perform.

Not even David Sullivan allegedly reducing our allocation could prevent the poignant scenes and rightly, lots of fans were pleased by our off-field antics…

Respect to those that traveled up and protested ⚒👍👊

Well done to the travelling West Ham fans tonight. Banners, balloons and Martin Tyler verbalising the disconnect between fans and board. Let’s hope the players perform as well. #GSBOUT

Excellent! Even taking away our banners you can’t stop our voice being heard #GSBOUT

You love to see it

To every one of the #WestHam fans that has gone up to Anfield to watch a predictably gutless loss, but is unfurling banners and releasing black balloons to protest against our awful board, I salute you #GSBOUT