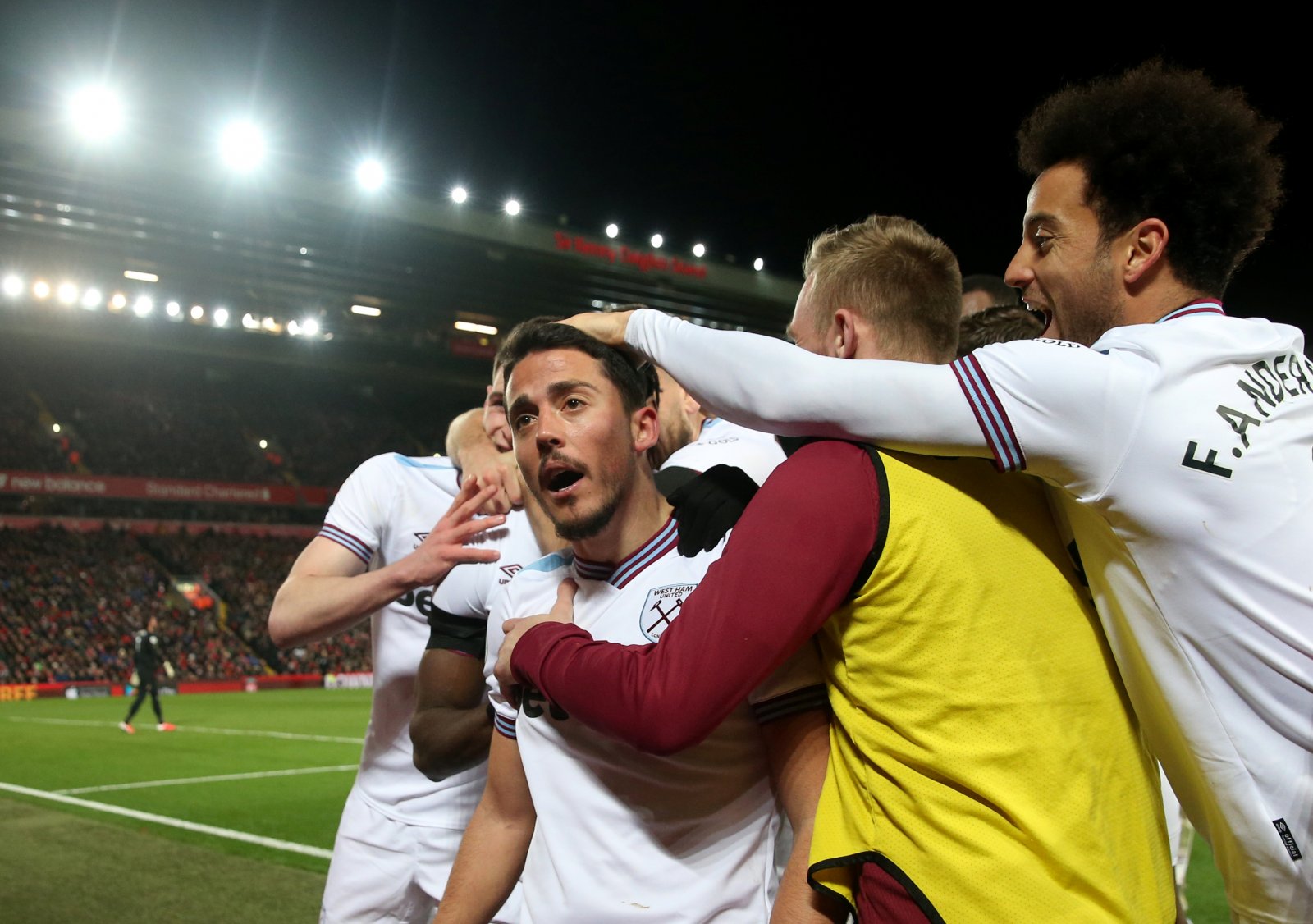 Loads of fellow West Ham fans on Twitter have been summing up our latest performance in one sentence and unsurprisingly, at last we have some positivity to discuss.

When was the last time you enjoyed watching one of our games as much as that and who would have thought that showing would have come away to the champions-elect?

Yes, we don’t want to get too excited as we still came away with nothing and are still in deep trouble, but surely if we can perform like that for the rest of the season we’ll have a fighting chance?

We can’t afford to dwell on the display too long, though, with a six-pointer coming up at the weekend against Southampton, but at least Moyes now has a blueprint not just for the ‘Big Six’ tests coming up, but for every remaining encounter…

Very good performance…thats what we need for the rest of the season..

Hope springs from an honourable defeat

At last we turned up!

Desire that’s all we ask