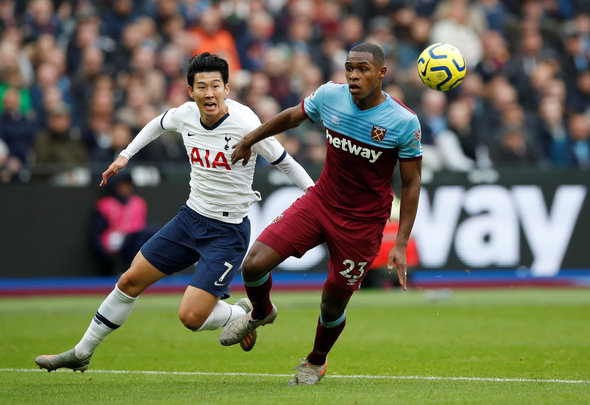 A report from Sky Sports journalist Kaveh Solhekol has prompted many West Ham fans of Twitter to debate the future of 22-year-old defender Issa Diop.

Solhekol appeared on Tuesday night’s edition of The Transfer Show on Sky Sports News, revealing that Chelsea are keen to sign a centre-back from a Premier League rival who is worth up to £50m.

Consequently, one fan account questioned whether the mystery player could be Diop and other supporters followed in discussing his possible exit, with the Frenchman having fallen out of favour at times this season.

One proclaimed that they would hold off on selling the former Toulouse skipper because of his potential, whilst one more expressed their overwhelming willingness to get rid of the centre-half if the sum of £50m is being tabled. Another fan suggested that David Moyes may be hoping to play three at the back and including Diop in his plans.

I personally wouldn’t accept any offers for him. I know he isn’t currently playing much and form has dipped, but this boy could become an unbelievable defender for us. It’s time for this club to stop selling young, talented players. Let him grow and prosper WITH US!!

Sell him and reinvest it

Oggy and Balbuena ahead of him. Would be decent business as he isn’t as good as we all hoped IMO

Would Chelsea spend that much on Diop????hope so..

If Moyes is keen on 3 at the back I doubt we’d sell Diop. Not sure they’d pay 50m either.

Rice is a good shout although I don’t see how they’d be confident of getting him at that price.