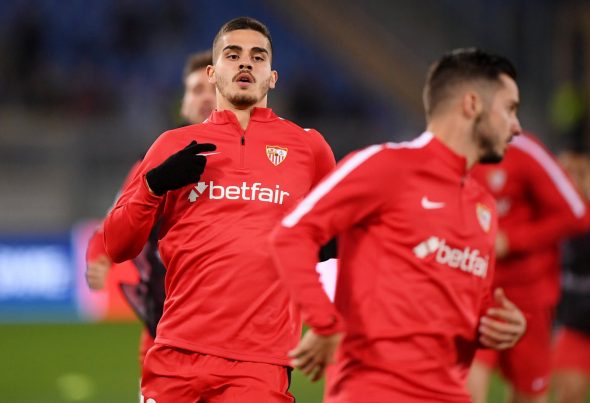 West Ham United have been offered the chance to sign AC Milan striker Andre Silva, according to Claret and Hugh.

The online club source claim that the Italian giants are yet to receive any bids for the Portuguese international, and value him at £27million.

Claret and Hugh report that the 23-year-old is also being monitored by Wolves, Southampton, and Marseille.

Silva made the move to the San Siro in 2017 from Porto, for a reported fee of £34million. The 23-year-old signed a five-year-deal at the Serie A club but spent last season on loan in Spain at Sevilla.

During his time at Sevilla, Silva scored 11 goals in his 53 appearances.

Silva would definitely fit the bill as for what the Hammers are looking for this summer. At 23-years-old, the Portuguese forward has spent many years in top European leagues in Portugal, Spain, and Italy. With Marko Arnautovic set to leave the club for £22.5million in the coming days, Manuel Pellegrini would have the money available to him to make a move possible. With Milan having reportedly offered the striker out, it could be possible to somehow negotiate for a cheaper deal. With Mario Husillos currently in Spain negotiating with Celta Vigo over a move for Maxi Gomez, any move for Silva would most likely only happen should the move for Uruguayan collapse. After only scoring 11 goals in 53 appearances, a move for the striker could look to be a bad move – with Hammers’ fans surely expecting their club to move for a more prolific option to lead their line next season.