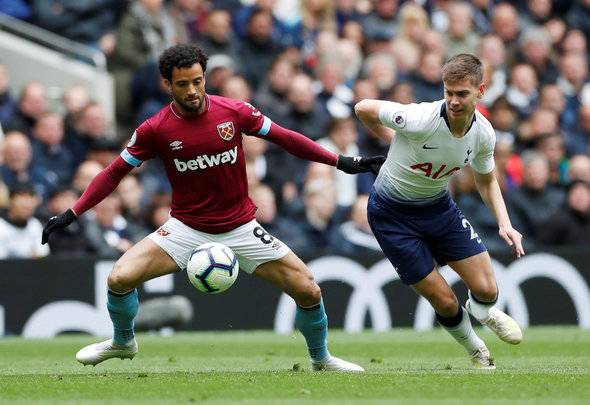 The 26-year-old Brazilian shared a clip of him scoring a fantastic goal during training on his Instagram account, and Diangana soon left a comment to show how impressed he was. 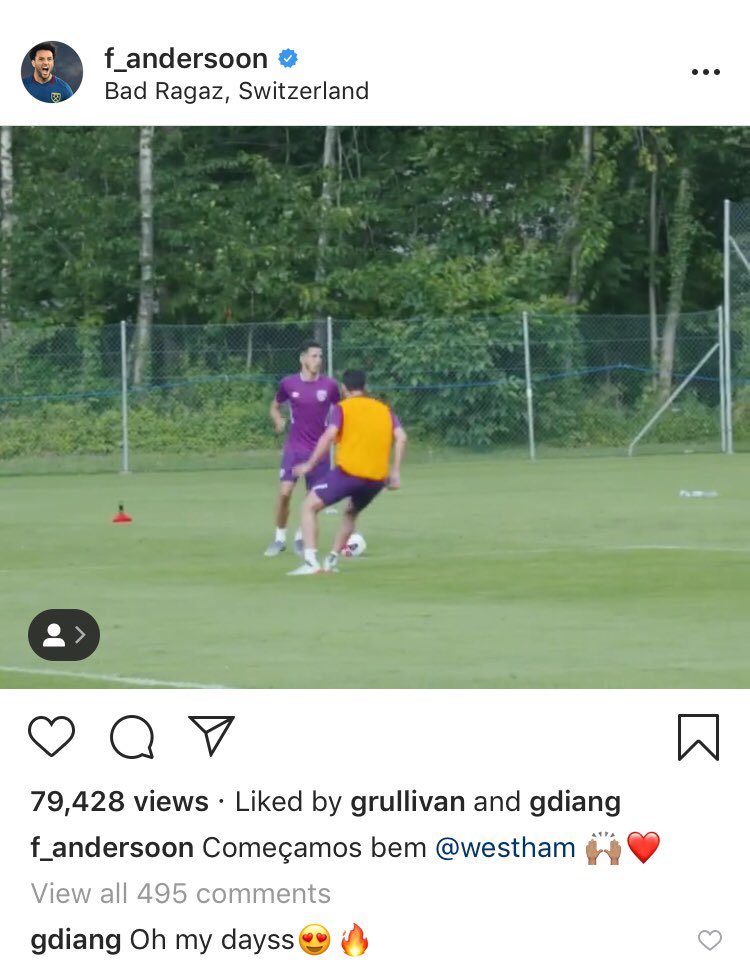 Anderson played 40 times across all competitions for Manuel Pellegrini’s side in his 2018/19 season; scoring 10 goals and assisting five in the process.

Anderson scored a peach of a goal in pre-season training and hopefully, he can keep scoring beautiful goals once the 2019/20 season gets underway. The 26-year-old finished his debut campaign for the Hammers as the club’s second highest top-scorer and averaged a goal every 311 minutes (Source: BBC). However, Anderson proved himself not just to be an attacking threat for Manuel Pellegrini’s side in his latest campaign but pulled his weight when it came to his side’s defensive duties.  The Brazilian made 80 tackles, 41 interceptions, 12 clearances, blocked 17 shots and won 225 duels in his league outings (Source: Premier League). While Anderson’s tackle success rate wasn’t exactly dreamy, it stood at 55%, the fact he was trying hard to not only score the goals for the Hammers but stop them, is a testament to his work ethic. The 26-year-old’s average match rating in the Premier League was an impressive 7.23, as per WhoScored, but hopefully, he can raise his game even further as it would certainly help the Hammers shoot up the table.