Cresswell surely out in the cold after Masuaku extension 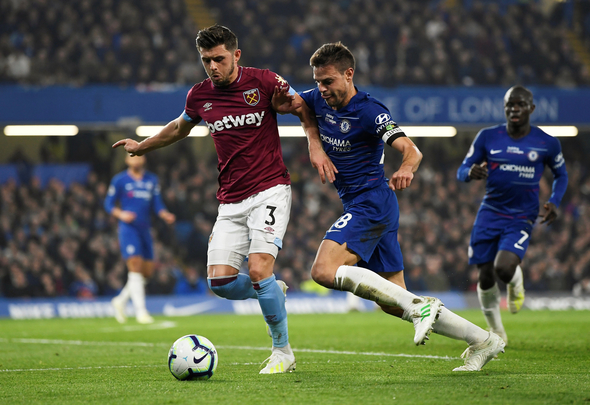 Contract extensions are almost always positive things in football, but when the man receiving a new deal is someone you’re competing with for a starting spot, it can feel like a bit of a slap in the face.

That will be the overarching feeling for West Ham United left back Aaron Cresswell on Monday, who has seen first team rival Arthur Masuaku receive a long-term extension with the club.

The Hammers announced the news on their official Twitter account, revealing that the DR Congo international is now locked down in east London until 2024.

That’s quite the commitment from club to player, and it leaves Cresswell, on a reported £50,000-per-week [Source: Spotrac], likely on the outside looking in moving forward.

The problem for the former Ipswich Town man is that he can only really blame himself for the club seemingly favouring Masuaku. At the end of the day, the latter far outperformed the former last season.

As per WhoScored.com, Masuaku exceeded Cresswell in almost all major defensive statistical categories last time out. He produced more tackles, interceptions and clearances per game, while drawing more offsides as well.

Clearly he stepped up his game last term, having previously been considered something of a defensive liability. That improvement, combined with his relative youth compared to Cresswell, is likely why he has seemingly been installed as the starting left back moving forward.

It’s not a leap to say that, either. Masuaku was the starter by the end of the last campaign and that coupled with this new deal would appear to leave the England international in big trouble. 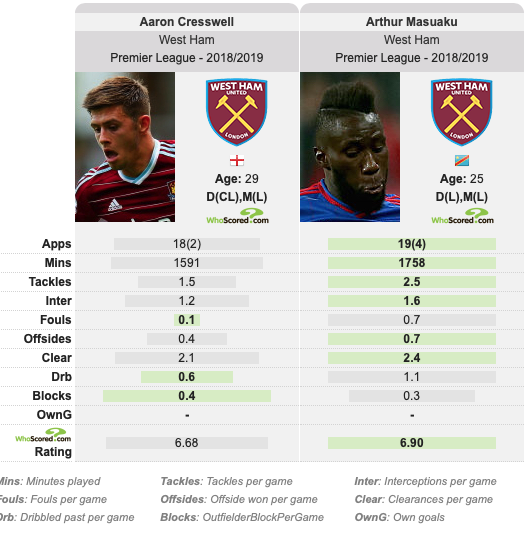