West Ham head coach Manuel Pellegrini is expected to bring attacking duo Robert Snodgrass and Felipe Anderson back into the starting XI when his side take on Watford on Sunday.

The Hammers will be hoping to continue the form in which they showed in their last fixture, where they swept aside Southampton in a 3-0 victory at the London Stadium.

Although there isn’t too much to play for for, for either side, Pellegrini will want to end the season on a high and is expected to bring Snodgrass back into the starting XI after he served a one-match suspension. Declan Rice and Anderson are also expected to be back after missing out last week due to a virus as Pellegrini regularly calls on the duo. 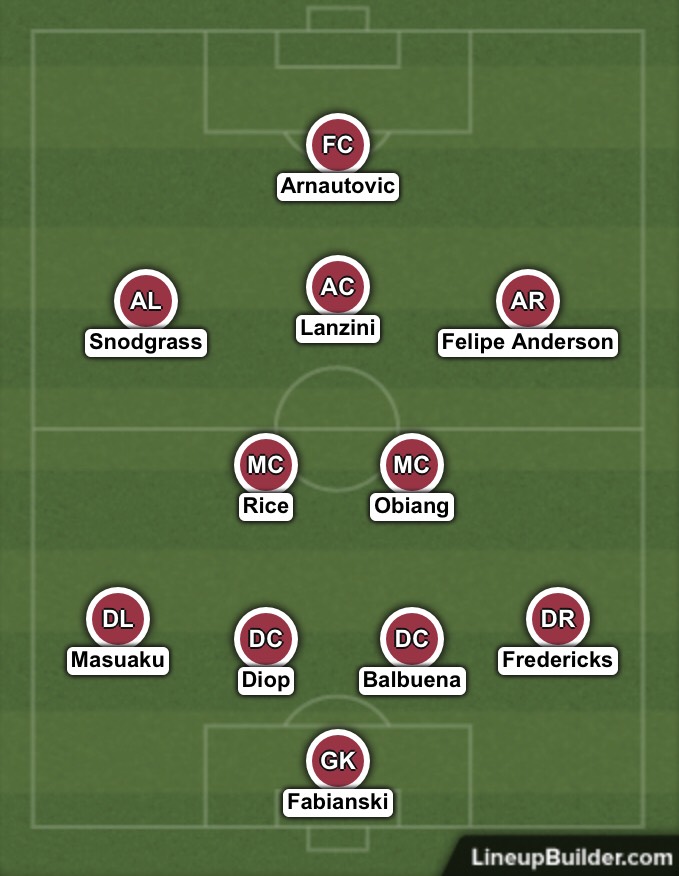 At the back, it will more than likely be an unchanged lineup following the clean sheet against Southampton. Issa Diop and Fabian Balbuena have formed a formidable partnership this season, and it is probable that the pair will see the season out together too.

Pedro Obiang retains his place in the starting XI, and he is joined by the returning Rice who in back after recovering from a virus which kept him out of the fixture with Southampton. The 20-year old will replace Mark Noble, who was subbed off in his last fixture against Southampton.

Anderson’s return to the squad for the final game of the season sees him replace Grady Diangana, and play alongside Manuel Lanzini and Scotland international Snodgrass. The 31-year old is returning after a one-match suspension, and will take the place of Michail Antonio.

The £70,000-a-week man (Source: Spotrac) is set to be axed for the return of the Scotsman, after failing to score in the Hammers’ 3-0 victory against Southampton.

Up front, Marko Arnautovic is the man to take the Hammers into the final game of the Premier League season, and the Austrian will be hoping to add to his current goal tally and secure his place as West Ham’s top goalscorer for the campaign.