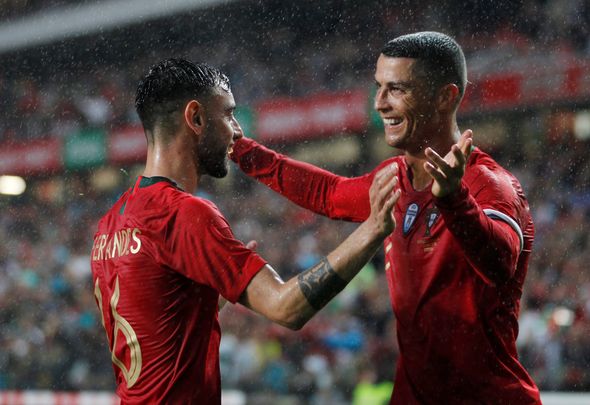 West Ham have reportedly made a £20million bid for Sporting Lisbon midfielder Bruno Fernandes, and fans don’t know what to make of the news.

Sky Sports made the claim on their official Twitter page on Wednesday morning.

They followed this up with a story that stated Fernandes was one of the Sporting players who is trying to terminate his contract after an attack at the training ground by around 50 people.

However, as the report claims, it’s not known whether they can terminate their contracts and that Sporting are looking for a compromise solution that could see Fernandes go cheaper than their valuation.

However, it is still thought that they want £25million – £5million more than West Ham are reportedly offering.

Here are the best reactions from West Ham fans to the report:

I thought he cancelled his contract?

Yup, Bas Dost is going to Fenerbahce for 15m and he's also terminated his contract. It's probably to avoid any legal action because that's what Sporting owners said they will do.

Yeah a great player, £20m great? Not so sure yet need to see him in some more videos.

100% a £20m in my opinion, he’ll be worth double in no time in my opinion.
Great passer of the ball, set piece taker and creative influence, for me he’s a step up from Lanzini!
Really hope this is true pic.twitter.com/6FP1JrpYHu

Pellegrini wants major signings in forward and midfield positions and we are very interested in the Sporting players that want to leave. So I feel like this might be true.

He is! A great young talent that has been smashing it for them, was worth £50-60m last summer.

Some fans are bemused by the news that West Ham are bidding for a free agent, but the truth seems to be that Sporting still hold the power in this deal at the moment.

And, as one fan thinks, the player was worth much more than this last summer and that West Ham could be getting a real bargain.