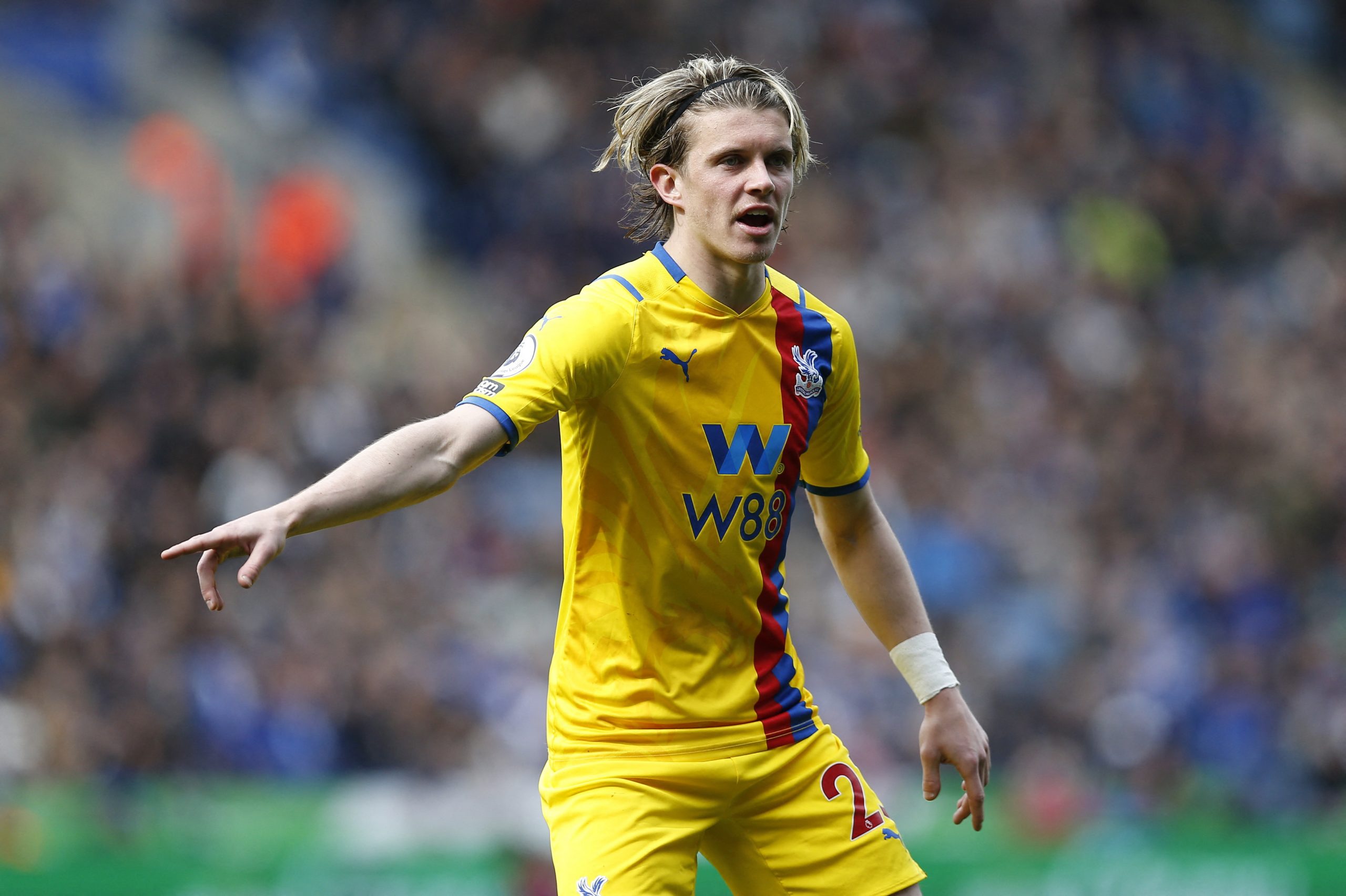 West Ham United boss David Moyes is said to be an admirer of Conor Gallagher, according to a very reliable source…

THE LOWDOWN: COMING TO THE FORE

The 22-year-old has emerged as a burgeoning talent this season whilst on loan to Crystal Palace from Chelsea and has excelled in southeast London scoring eight goals and providing three assists in 27 Premier League appearances.

His form has seen him earn a senior international call-up and the Epsom-born midfielder made his Three Lions debut last month against Switzerland.

He is starting to attract from across Europe and the Blues will have to make an appealing offer to keep him at the club upon his return this summer.

THE LATEST: HAMMERS PLOTTING A MOVE

Speaking on a recent episode of ‘The West Ham Way’ podcast, club insider ExWHUemployee revealed Moyes’ interest in the player, and said:

“He likes Gallagher that’s on loan at Palace, although I suspect a number of teams would like him as well.

“It’s an interesting situation with Chelsea because obviously no one again really knows what their situation is going to be.

“If their situation remains as it is now, then for once we might be able to go and raid them – like they used to do to us – and take some of their promising youngsters.

“But if they get a new takeover bid come in, and obviously that will change the state of play.

“But there’s a number of youngsters there that Moyes has identified as having a lot of potential, so it’ll be interesting to monitor the situation with Chelsea as the weeks go by.”

With bundles of energy and an eye for goal, the £22.5m-rated dynamo has quickly emerged as a star signing for plenty of Premier League clubs including the Hammers.

If Chelsea were to sell, Jody Morris believes there would be a string of clubs lining up to sign him.

“And, let me tell you, there would be a lot of takers, and I’m talking about serious takers throughout Europe, who’ll be keeping an eye on his situation. He’s certainly put himself in the shop window.”

Alex Kral has struggled since moving to the London Stadium, being restricted to only six appearances with only one minute being in the Premier League, while Mark Noble is set to retire, leaving a potential void for Gallagher to fill.

Tomas Soucek and Declan Rice have formed a formidable pairing in the centre of the park but the Palace loanee’s talents are undeniable and he has the potential to break that bond are maybe even add to it with a midfield three.

His arrival would certainly give Moyes one of those selection headaches that you like to have and would be a real coup for the Irons in their quest to become European mainstays.

AND in other news, Hammers to battle for 24 y/o “classic goal-getter” dubbed “magical” by Lionel Messi.