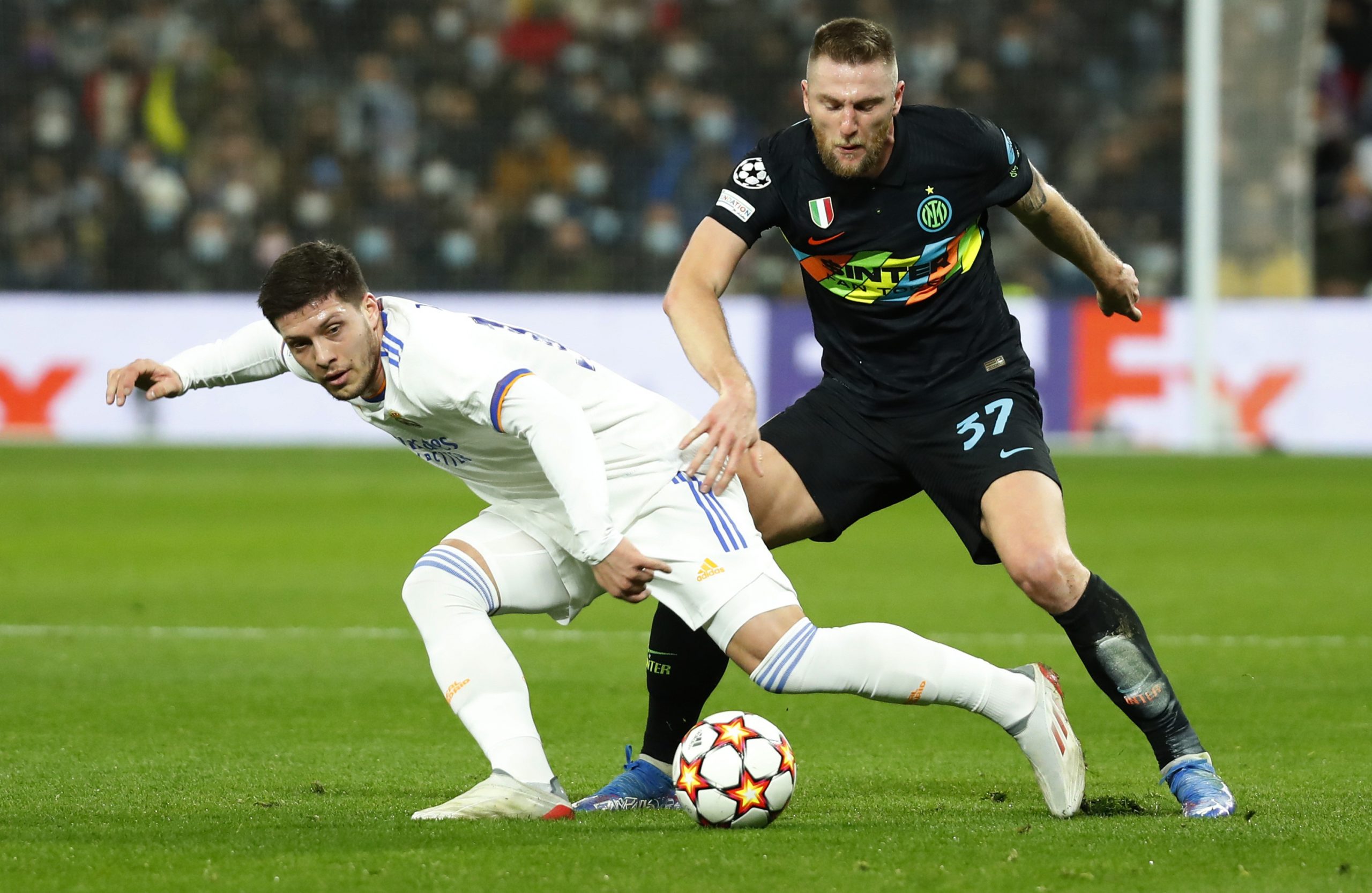 West Ham are said to be interested in Real Madrid striker Luka Jovic, who has struggled since his move to the Santiago Bernabeu.

After 27 goals and seven assists in all competitions during the 2018/19 season at Eintracht Frankfurt, the Serbian forward earned a big-money move to Los Blancos but his progress has stalled due to limited playing time.

The 24-year-old spent the second half of last season on loan at his former club and played more than half as many minutes (887) in four months back at Frankfurt than he has managed in Madrid (1,487) in almost three years since he joined.

THE LATEST: WAYS OUT

Now, according to reports in Spain (via Sport Witness) the once dubbed “classic goal-getter” by Serbian coach Mladen Krstajic, is looking for a way out of the Spanish capital having been said to be ‘fed up’.

The 22-cap international is yet to make a league start under Carlo Ancelotti this season and the report suggests that he isn’t in the Italian’s plans for next year either putting English clubs on notice.

The Hammers and Spurs are rumoured to be interested, while Arsenal is also a possible alternative with three sides set to fight for his signature in the next window.

The £16.2m-rated centre-forward has been seemingly deemed surplus to requirements, which could benefit the Irons if they opt to make a bid.

For Darwin Nunez, who the east Londoners targeted in January, it will take £68.8m to lure him from Benfica whereas Jovic could offer a similar style but at a cut-price.

Both Nunez and Jovic have been lauded as ‘explosive’ due to their ability to be disruptive inside the penalty box with their movement and pace, and both stand a little over 6-foot in height, making them more of a poacher-type striker than a target man.

Seven-time Ballon d’Or winner Lionel Messi once described Real’s no.16 as “a magical player who makes the impossible possible,” and it is clear that Jovic has the potential to excel.

With Michail Antonio the only senior striker at the London Stadium, the DFB-Pokal winner would receive plenty of playing time and could refind his form with a regular flow of matches.

Indeed, the Irons failed to replace Sebastien Haller after his move to Ajax last year, and that has left manager David Moyes hugely light on options up top.

The level he showed to attract interest from Madrid in the first place demonstrates just how talented he is and Moyes would be naive not to explore the chance of signing him.