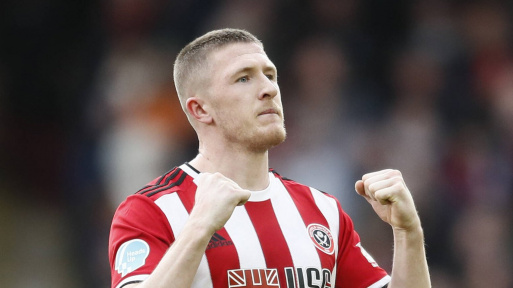 Ex-Sunderland striker Kevin Phillips has hailed a potential move for Sheffield United’s John Lundstram, arguing that the signing could have a Craig Dawson-esque impact on the Hammers’ fortunes.

Club insider ExWHUemployee had linked the club with a move for Lundstram previously on his podcast, and Phillips held nothing back in pouring praise on Lundstram when quizzed about his potential to star:

“He could be one of those signings like Dawson, going under the radar a little bit,” Phillips told Football Insider.

“Dawson has turned out to be an excellent signing and Lundstram could be exactly the same.

“Going there as a bit of backup but if you do well you can find yourself playing. Moyes knows what he wants.

“He doesn’t sign players if he doesn’t know they’re going to do the job. I was surprised when Dawson went there but Moyes knew about him.

“Lundstram could be a real shrewd signing if they get that one over the line.”

The 27-year-old proved his capacity to step up to the Premier League last season, in which his  five goals and three assists cemented a comfortable top-half finish for the Blades in their first season back in the Premier League.

At one point, the Blades even looked to be challenging for Europe in a not-too-dissimilar fashion to that of West Ham.

Available cheaply and adept in a number of different roles, a free move for the out-of-contract Lundstram would be a relatively risk-free move from a sporting and financial position.

The home-grown talent could be a useful rotational option to provide depth with potential European fixtures to contend with, whilst he could also be a long-term replacement for club captain Mark Noble.

Noble announced next season will be his last with the club, and the recruitment team will surely have the foresight to have a shortlist of midfield candidates drafted.