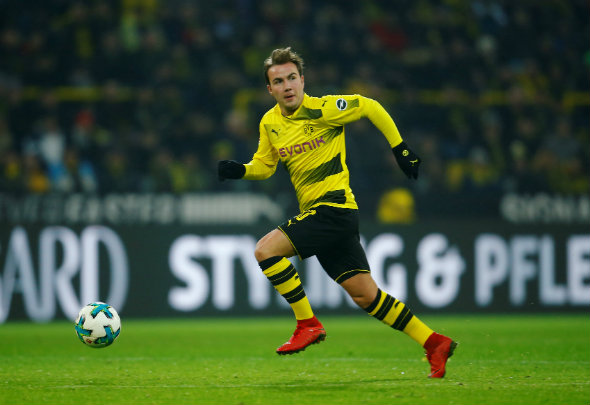 Unfortunately, World Cup-winning goalscorer Mario Gotze has experienced a steady decline at Borussia Dortmund, to the point where the Bundesliga side allowed the playmaker to depart for nothing this summer. There have been multiple possible locations touted as a potential new destination for the 28-year-old, including the London Stadium by none other than Karl-Heinz Rummenigge.

Although a move to East London for the free agent may not be as straightforward as it initially appeared, as David Beckham’s Major League Soccer side Inter Miami are reportedly interested in the World Cup-winning German midfielder. An MLS payday and the glitz of Miami is an attractive proposition for anyone, including the 28-year-old, meaning West Ham may struggle to secure their target.

This season in the Bundesliga, Gotze was a fringe player at best, making a meagre five league starts for Lucien Favre’s side. The attacking midfielder also registered a further ten appearances off of the bench, which culminated in the German scoring three league goals for Dortmund. It will undoubtedly not have been the way Gotze wished to exit Dortmund, especially after an incredibly promising penultimate campaign.

During the 2018/19 season, Gotze was back to his Bundesliga best, enjoying his most productive season in front of goal since 2014/15, when he scored nine league strikes. Last season the 28-year-old playmaker notched seven goals and seven assists, which was only narrowly worse off than his best campaign in Germany, 2012/13 where he scored ten and assisted nine Bundesliga goals.

Even though Gotze has just had one of his poorest seasons in the Bundesliga for both minutes played, 516, and goals and assists combined, three, West Ham should still attempt to fight off Inter Miami for his signature. The German is only 28 and still has something to offer to a top-flight side as he showed during the 2018/19 campaign.

If Inter Miami are West Ham’s only rivals to the 63 cap German International, then David Moyes must persuade the playmaker to continue his top-flight career and put off any ambitions of moving to the United States for now. If The Scot can secure Gotze on a free transfer and rediscover his form from two seasons ago, it could prove to be a shrewd move.