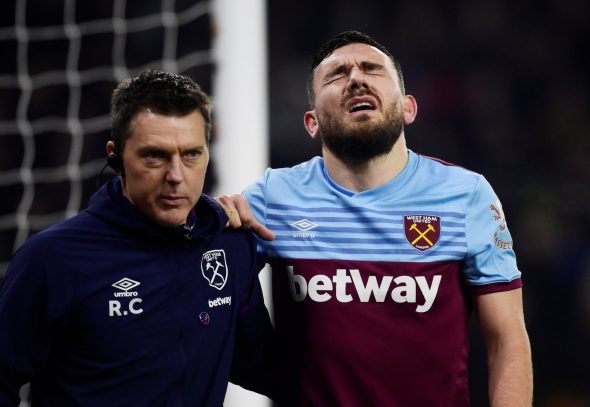 David Moyes is yet to have a full squad to select from since the resumption of the Premier League, though there was a significant boost to the Irons’ survival hopes when top-scorer Sebastien Haller appeared off the bench against Burnley. More uplifting news could be on its way to East London courtesy of reports that Robert Snodgrass, who was presumably ruled out for the remainder of the campaign, may yet return before its climax.

Snodgrass had been enjoying his most productive spell at the London Stadium before injury kept him sidelined, having sustained a back problem. However, it has been suggested he is now over this issue and could reappear for the season’s crucial last matches.

The Scot has scored and assisted five goals for the Irons, meaning no other player has been involved in more Premier League strikes for West Ham this term, two more than Haller, his closest rival. The midfielder only needs two more goal involvements to equal his personal best in a top-flight season, set in 2012/13 while with Norwich City when he both scored and assisted on six occasions.

Having dropped back to the Championship before arriving in East London, the 32-year-old appeared to have rediscovered his feet in the Premier League until injury was presumed to have cut his season short. His return will be a significant boost for West Ham who are also without Felipe Anderson after he picked up a hamstring issue against Tottenham Hotspur.

Moyes appears to have settled on an attacking midfield trio deployed behind striker Michail Antonio, and Snodgrass’ return would significantly bolster the manager’s options in this area. The versatile midfielder can fulfill numerous roles and would be comfortable being deployed anywhere across the attacking midfield line.

No other West Ham player has been as clinical in creating opportunities for others this term. Not only is Snodgrass level with Fornals on five assists, the most of any Hammer, but he has also recorded the highest number of key passes per 90 minutes, 1.4.

A return for the Scot could be just what this Hammers side needs to not only give them a lift but provide the creative edge that carries them over the line and ensures fans will be watching Premier League action next season.