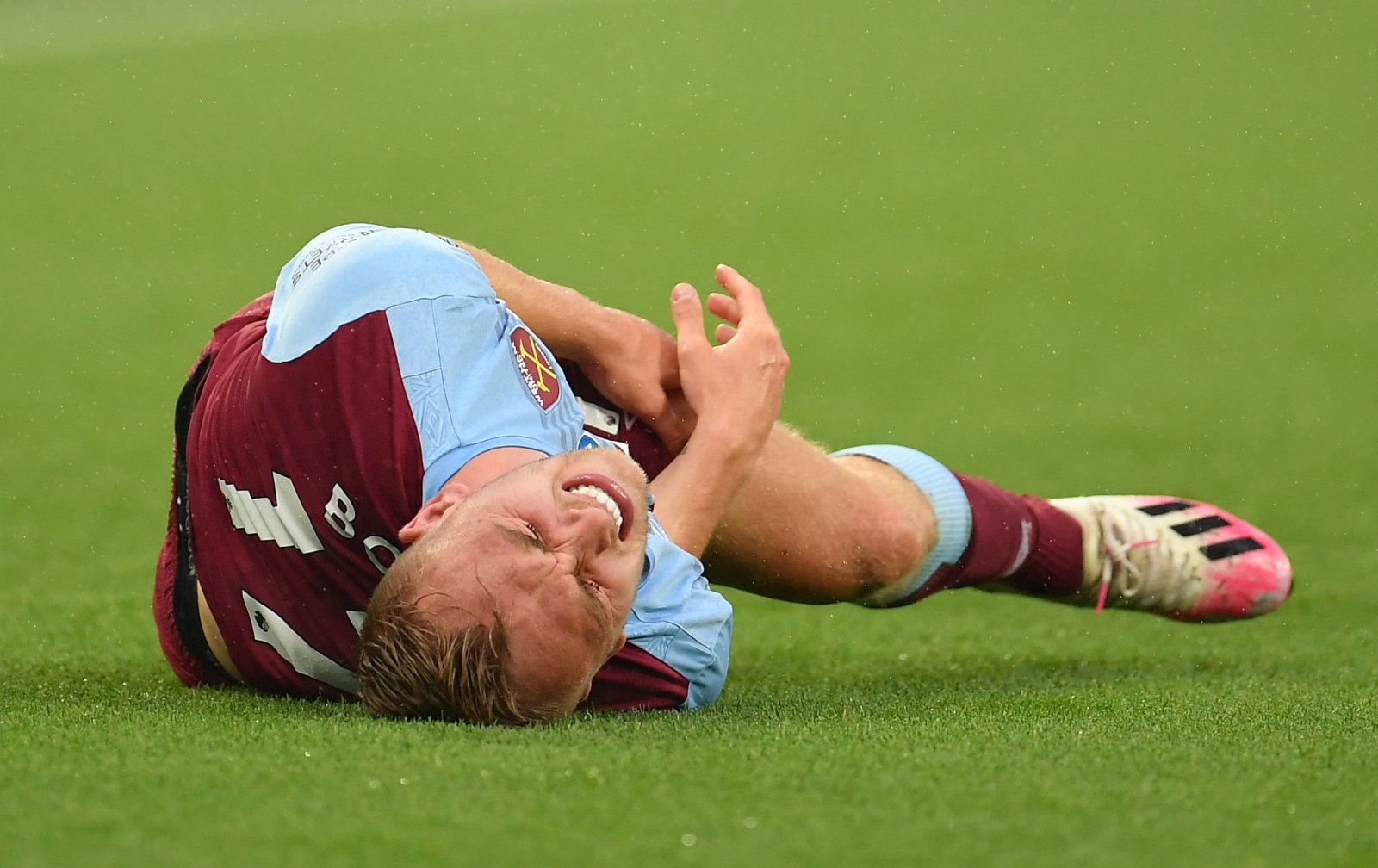 One of the main talking points from the defeat to Burnley on Wednesday was not the result, nor the performance of this Hammers side, but instead a horrific lunge from James Tarkowski on Jarrod Bowen. Fortunately, the winger was left unscathed from the horror ‘tackle’, if you can call it that, which saw the Clarets defender thrust his studs into the 23-year-old’s thigh.

A similar challenge, though arguably he had his eyes more closely fixated on the ball, earned Arsenal youngster Eddie Nketiah a red card on the evening before against Leicester City. However, the England international defender was only brandished a yellow card. To the bemusement of fans and David Moyes, VAR did not intervene, and Kevin Phillips was left pondering how much worse it could have been for the Hammers winger.

Speaking to Football Insider, Phillips said: “We have the beauty of hindsight of slowing it down and watching it again. But it was very high with intent.”

The 2000 European Golden Boot winner added: “We saw the one with Nketiah and I could understand that challenge more because it was a typical striker’s challenge. But Tarkowski is a proven defender who knows what he is doing.

“He had no right to go for the ball, and it was very high. Bowen was lucky it was just a glancing blow because if he caught him right on the side of the knee, it could have snapped his leg.

“It should have been a red card.”

After the match, Moyes said that it was “really disappointing” neither the referee nor the linesman saw the challenge as a red card and that the officials did not check with VAR. Phillips agreed with the West Ham manager and ex-Premier League referee Mark Halsey did also, stating that Tarkowski was a “lucky boy”.

Had Burnley been reduced to ten men for the final half an hour of the match there is a possibility that West Ham’s pressure may have told, and the Irons could have gone on to take a point from the game, just as Leicester City did against Arsenal. Sadly, instead, Burnley hung on to close out proceedings and deny Moyes’ men a valuable boost in the relegation battle.

The Hammers have taken just four points from a possible 15 since the restart of the Premier League, though there is still a three-point cushion between themselves and the drop zone. Wednesday’s defeat has piled the pressure on Saturday’s result against bottom side Norwich City, as the Hammers attempt to battle their way to Premier League survival.