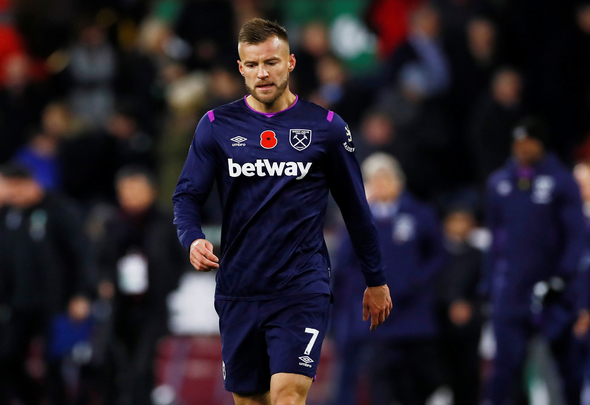 David Moyes delivered a key injury update this Friday in his pre-Liverpool presser, concerning the fitness of Andriy Yarmolenko and Ryan Fredericks.

The latter you may remember went down against Man City on Wednesday night clutching his shoulder and may need surgery, we’re just waiting on a further assessment to confirm.

Meanwhile, whilst we thought that Yarmolenko would have a chance of making the City game, Moyes has confirmed that he’s yet to join back in with main first-team training as he battles a thigh problem.

Unsurprisingly, loads of fans were not best pleased after hearing the news, with one sarcastically suggesting that it was a good job that we invested in another right-back in January and another referring to us as “injury fc.”

See for yourself, here…

Good job we signed another rb then isn’t it 👍👍

Mane v Zaba should be fun to watch

Injury FC we are. Got rid of Carroll only to sign Wilshere and Yarmo who won’t have played an entire season between the two of them before they ship out of London

Is Yarmolenko even into double figures for games played?