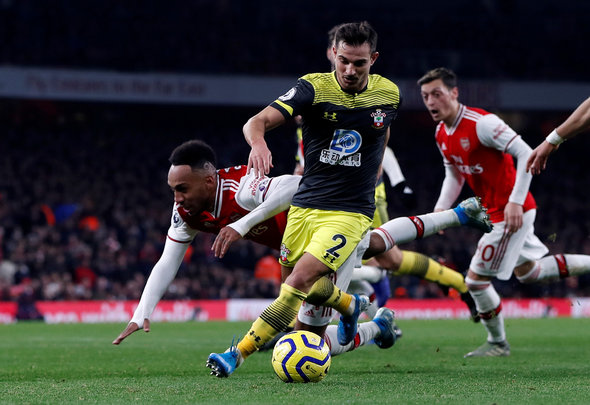 West Ham United are set to ready a bid to try and beat Premier League duo Arsenal and Wolverhampton Wanderers to the signing of Cedric Soares, according to TEAMtalk.

The outlet claims that the Hammers are preparing to make an official move for the Southampton right back, as they look to get the Portugal international in before his contract runs out at the end of the season.

The 28-year-old, who has made 109 Premier League appearances [Source: Transfermarkt], has informed the Saints that he will not sign a contract extension.

Arsenal and Wolves have enquired about the former Sporting Lisbon man, but Manuel Pellegrini is ready to go one step further with a proper bid for the defender.

If Pellegrini thinks that signing Cedric will solve his defensive problems then he has another thing coming. The Portuguese’s form has fallen off a cliff in the last couple of years, and he was shipped out to Inter Milan in January for what was a dispiriting loan spell. He’s not the worst player in the world, it’s true, but he’s hardly someone you should pull out all the stops for. When you examine the statistics from this season, it’s clear that he’s not even a superior option to Hammers right back Ryan Fredericks. As per WhoScored.com, Fredericks is outscoring Cedric in average tackles and blocks per game, while he draws more offsides than the Saints star, as well. Furthermore, his average WhoScored rating of 6.65 is up on Cedric’s tally of 6.50. So if he’s not better than Fredericks then what’s the point? Yes, he’d be an ostensible replacement for Pablo Zabaleta moving forward, but surely it would be better to go out and get a proper first choice right back instead. 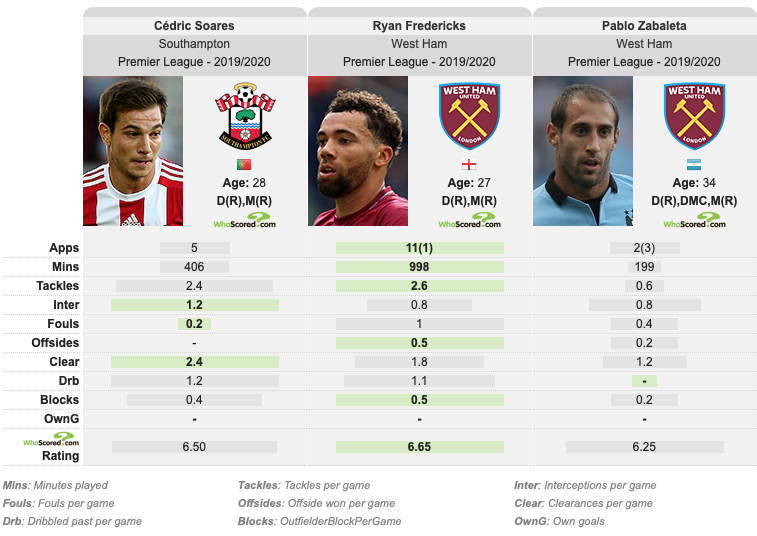