The fact that West Ham United defender Winston Reid returned to action for New Zealand on Thursday before the Hammers’ senior team from injury may have frustrated many fans at the London Stadium. The experienced enforcer has been out for nearly two years in East London with a knee problem and had been taking baby steps on his road to recovery by lining up for the under-23s recently. Reid was given the nod by Danny Hay for the All Whites against the Republic of Ireland and captained the side who were level at 1-1 at half time before he was replaced. The New Zealand coach confirmed after the game that the defender would return to West Ham early as part of an agreement and that is surely set to benefit Manuel Pellegrini who could have Reid to call upon for the fixture against Tottenham. The Chilean should certainly consider giving Reid the chance against Spurs, especially given the run of form his side are currently in. Many West Ham fans reacted to Reid returning to action, with the majority calling for the 31-year-old to return to the squad. 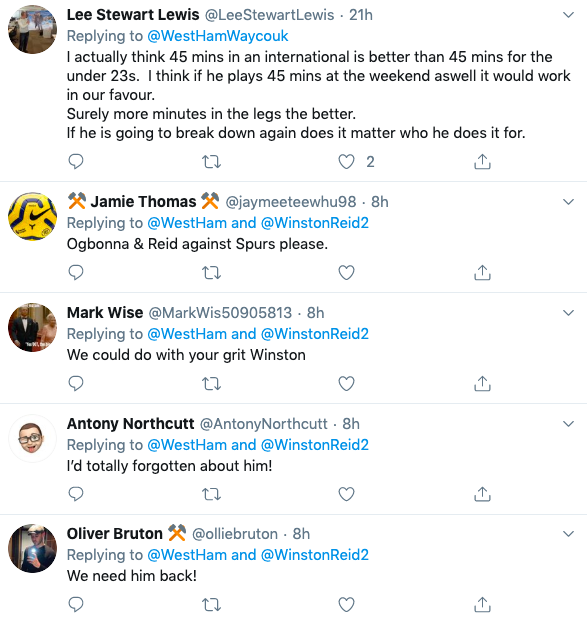