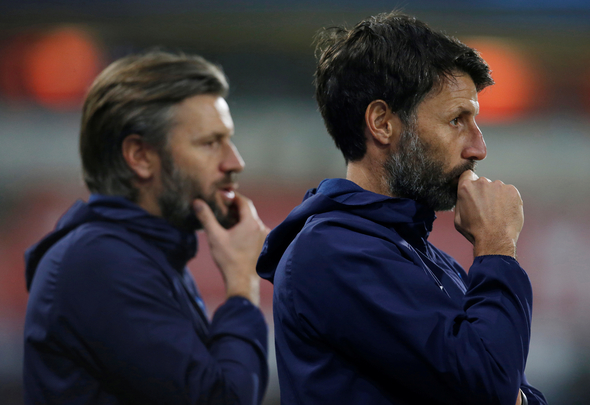 As each game goes by in the Premier League, it seems more and more likely that West Ham United will be searching for a new manager to replace Manuel Pellegrini. With no wins since September in all competitions, the Chilean is skating on thin ice at the London Stadium, and a number of names have already been thrown into the mix to take charge after Pellegrini. TalkSPORT host, Adrian Durham recently claimed that the Cowley brothers who are currently in charge of Huddersfield would be the perfect candidates, given their success in the football league, as well as the fact that they are Irons’ fans. It would take a lot more than just that for them to take the job in East London, and the Hammers should think twice before considering the managerial duo, who have only been in the Championship for a couple of months and have only tasted success in the lower leagues. Many West Ham fans were on board with Durham though, claiming that they would love to see the duo take charge of their club after Pellegrini, admitting that the pundit was spot on with his suggestion. 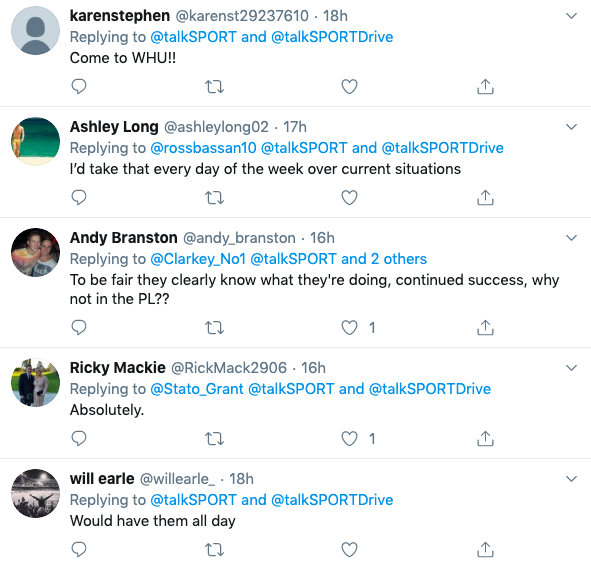 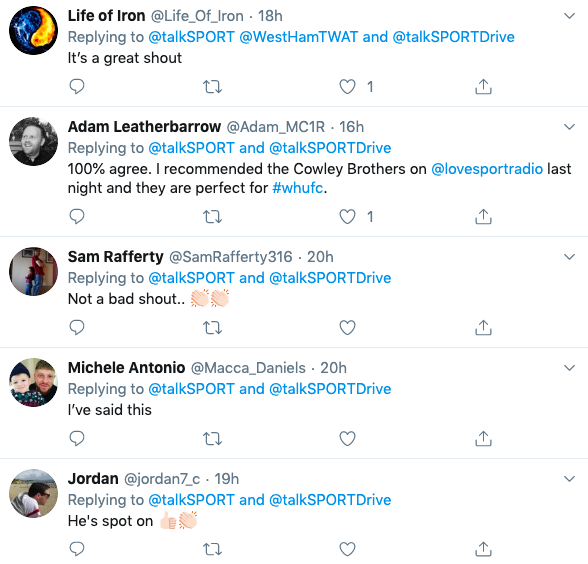