West Ham United finally put an end to their two months of torment without a win with a 1-0 victory against Chelsea. Declan Rice was back to his best at Stamford Bridge against his former side, making three tackles and two interceptions in front of his defence [WhoScored] – as the Hammers managed to keep a clean sheet against a Chelsea side that has been ruthless in front of goal all season. West Ham released a video of Rice on their official Twitter account after the win, with the young midfielder apologising to the fans for recent results before going on to admit that Saturday was one of the best days of his life. Many Hammers fans reacted to the video, with the majority blown away by Rice, one even went as far to ask that he never leaves the London Stadium, only time will tell with that one. 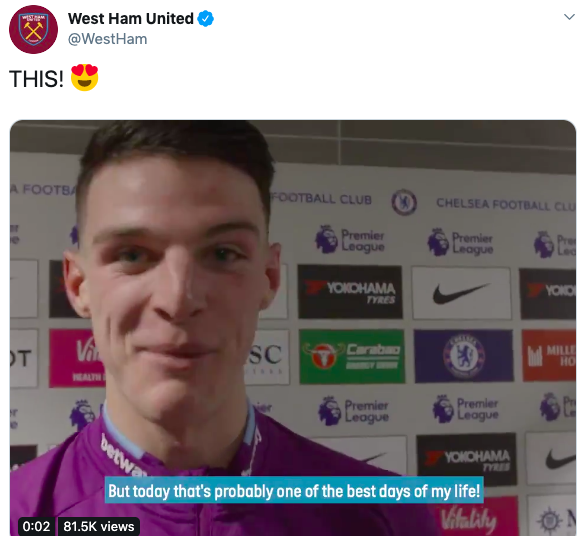 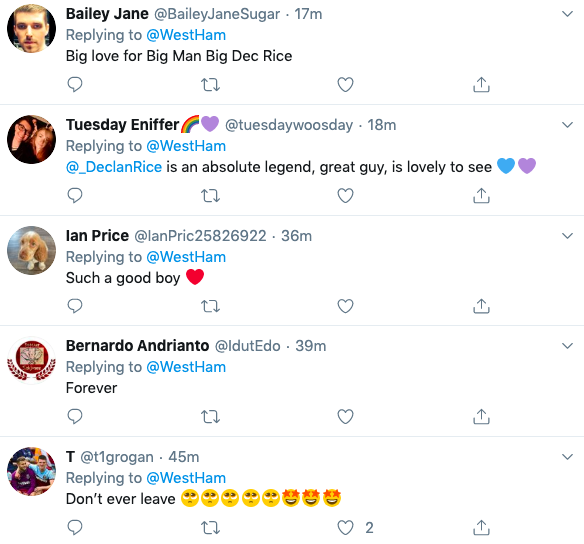 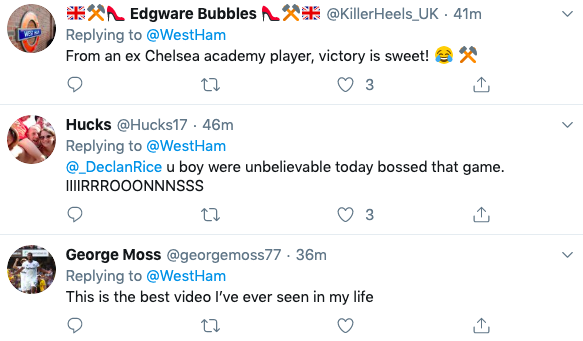