West Ham United winger Michail Antonio has claimed that Hammers starlet Declan Rice is ‘one of the best’ holding midfielders in the Premier League.

The 20-year-old has solidified himself as a crucial player in Manuel Pellegrini’s side over the past year or so, and Antonio has clearly been blown away by his ability.

“He’s [Pellegrini] always wanted that holding player, which he’s found in Declan Rice,” he told BBC Radio 5 Live. “He’s up there, one of the best holding midfielders. One of the best defensive midfield players in the league.

“After Fernandinho, after [N’Golo] Kante, I’d probably put him first. I’m telling you now… he cleans up everything. It’s just his stature. Long legs, tall guy – it’s just so hard to get round him. And he keeps the team ticking. He’s technically quality, got his left foot, got his right foot, and he’s young.” 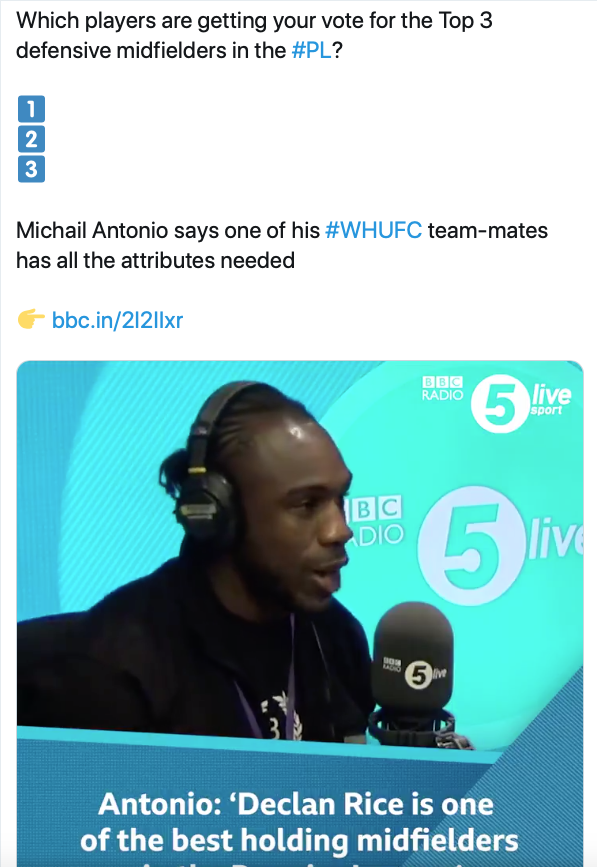 There’s no doubt that Rice is up there with some of the best holding midfield players in the Premier League. The England international has burst onto the scene in recent times and made the number six position with both his club and his country his own. Whether he’s the the best holding midfield player in the Premier League is a matter of personal preference, but there’s no disputing that he belongs in that top tier. The statistics show that much. When you examine how Fernandinho, Kante, Rice and Leicester City man Wilfred Ndidi have played this season, Rice is very much in amongst it. As per WhoScored.com, the West Ham star has recorded the second most tackles and interceptions on average per game, behind Ndidi in both categories. Meanwhile, he is averaging the second most blocks behind Fernandinho. However, his average WhoScored rating per outing is the third best out of the quartet, with Kante’s the worst this term ironically. So he’s up there in the sort of company Antonio mentions, that’s for sure. 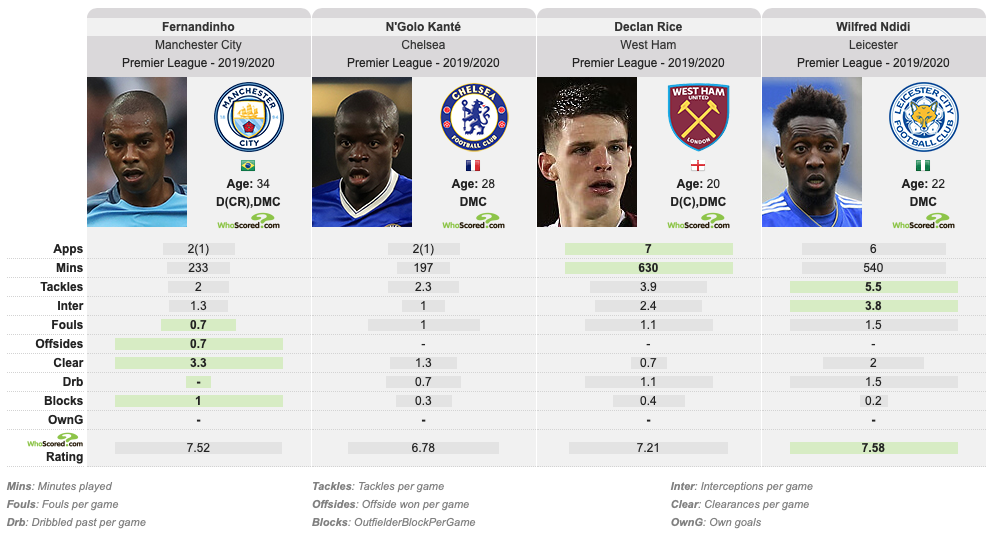