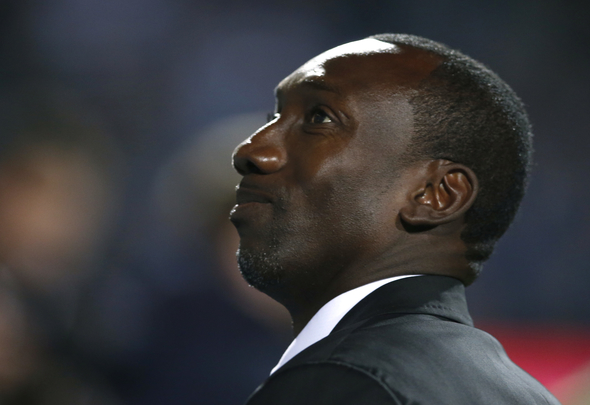 Jimmy Floyd Hasselbaink claimed Leicester City were more equipped than West Ham when it comes to breaking into the Premier League’s top-six this season.

The former Premier League forward was asked alongside ex-West Ham winger Matt Jarvis who out of the Hammers and Leicester were better equipped to finish sixth or higher this season and the pair both went with Brendan Rodgers’ side.

Hasselbaink explained that he thought Leicester would be closer to the top-six due to being further in “development” than the Hammers and highlighted the Foxes’ performance against Tottenham.

“I have to go with Matt, I think they are further in their development and I think they will be closer to the top-six.

“The way they played against Tottenham, going 1-0 behind then still beating them, I don’t see West Ham doing that…yet.

“So erm I have to go for Leicester.”

Hasselbaink backing Leicester ahead of West Ham in the race for the Premier League’s top-six is understandable once you read his explanation. After all, it makes sense that the Foxes may be better equipped as it wasn’t exactly too long ago that they won the Premier League. In fact they still have players like Jamie Vardy who was part of the Foxes title-winning squad, and that’s only going to aid their cause to break up the top-six this season. Also, there’s no denying that following Leicester’s win over Tottenham, that everyone sat up and took notice of Rodgers’ side. After all the Foxes not only came from behind to beat last season’s Champions League runners-up, they constantly had Spurs on the backfoot shown by the fact they had 16 efforts on goal (Source: WhoScored). Yet whose to say the Hammers and Leicester City both can’t finish in the top-six this season? The pair both currently occupy a place in the top six after the first seven games of the season, it’s just all about both sides keeping their form up. Also, you feel Hasselbaink’s opinion regarding West Ham could be altered if the Hammers end up blowing Tottenham away when the pair clash in November, as who knows their performance may be equal to or better than Leicester’s display in their 2-1 win over Spurs.