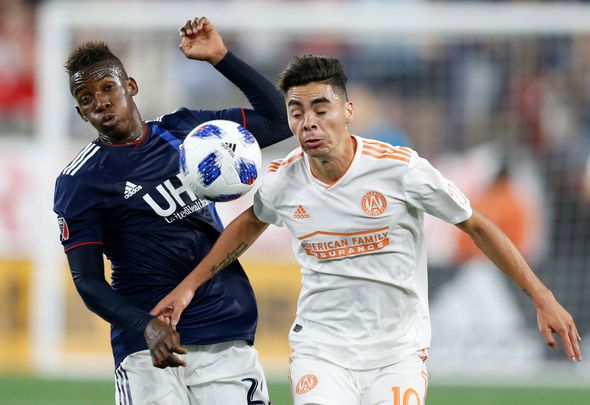 West Ham were interested in signing Miguel Almiron before he joined Newcastle United in January, according to reliable source ExWHUemployee.

The Paraguayan eventually moved to the north east for a deal worth around £20 million.

But according to Ex, the Hammers had scouted the 25-year-old before he made the switch from MLS side Atlanta United.

Speaking on the West Ham Way podcast, he said: “We also looked at the player that joined Newcastle recently, the midfielder, Almiron.

“We looked at him in the past.

“We have looked at the American league a number of times.”

To be honest, it looks like the Hammers might have dodged a bullet on this one. Almiron has looked bright in bursts for Newcastle, but at no point has he really kicked on put in an appearance that justified the fee bought for him. Still yet to register a goal or an assist for the Toon Army, he has played just 0.5 key passes and made 1.3 successful dribbles per match in the Premier League so far this season, as per Whoscored. Those stats are exactly earth shattering, but it is the lack of end product that has really been underwhelming. By contrast, the Hammers look to be onto a really good thing with Felipe Anderson and Manuel Lanzini playing in behind Sebastien Haller, while Andriy Yarmolenko is now back and firing on all cylinders. New boy Pablo Fornals is still finding his feet, but there’s no reason why he can’t kick on, given some more time. When all is said and done, missing out on Almiron might not be the worst thing in the world.