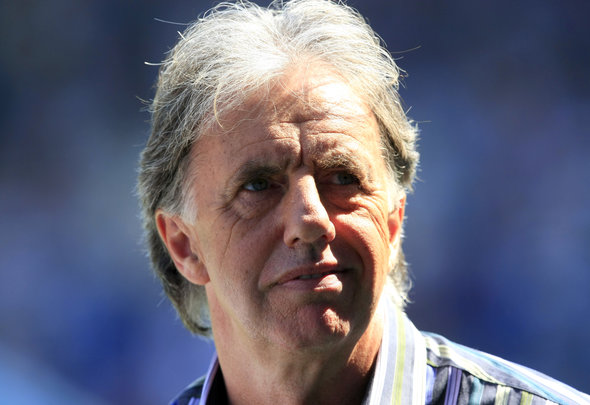 Mark Lawrenson has predicted that West Ham United will continue their unbeaten run in the Premier League with a 2-1 victory over Manchester United at the London Stadium on Sunday.

The BBC pundit was impressed with the way the Hammers earned a point against Aston Villa, playing good football despite going down to 10 men.

Lawrenson believes West Ham are improving every week this season and admits he expects them to have a “real go” at the less than convincing Red Devils’ side.

The Hammers dismantled Man United in the same fixture last season, with goals from Marko Arnautovic and Felipe Anderson sealing a 3-1 win.

“I think the Hammers are an improving team, and I am expecting them to have a real go at Manchester United, who are yet to convince me with their performances this season,” he said on the BBC Sport website.

“I can’t remember a game where they have impressed me over the 90 minutes – even in their 4-0 win over Chelsea on the opening weekend, the scoreline did not tell the full story.”

West Ham have not lost a single game since their opening day defeat to Manchester City, and enter Sunday’s clash level on points with third-placed Tottenham. Manuel Pellegrini will be looking for his side to continue that form, and cement their spot in the top-half of the Premier League early in the campaign. With the Hammers pushing for European qualification this season, these are the sort of games they must be winning. Should they take points off one of their nearest rivals they will have the upper hand already, something they can use as motivation to push forward. Right now is the best time to be playing Manchester United as well, with the Red Devils failing to pick up a victory away from home so far this season against Wolves and Southampton. Ole Gunnar Solskjaer’s men will be eager to change that, but with four of their key players including Paul Pogba, Luke Shaw, Anthony Martial, and Daniel James missing training on Wednesday [Samuel Luckhurst] they could potentially field a much-weakened side.