Fabianski opens up on Valero methods 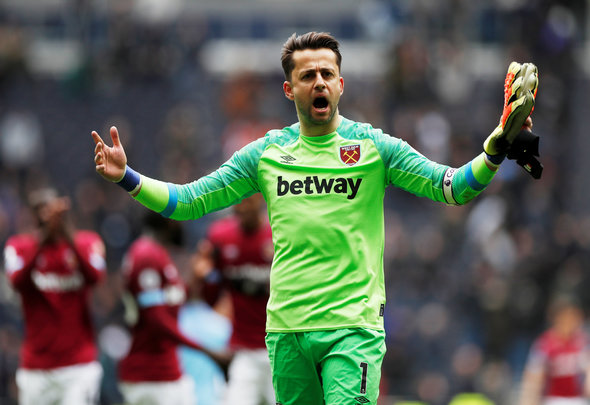 The Polish international has enjoyed a successful stint in East London under Manuel Pellegrini and was rewarded by picking up the Hammer of the Year award for last season.

Fabianski made more saves than any other keeper in the top-five leagues in Europe last season according to Opta stats.

The 34-year-old is set to continue his run of starts and praised the impact that Hammers’ goalkeeper coach, Xavi Valero has had on his career in the past couple of years.

“Xavi has a great reputation and I’m not surprised,” he told Sky Sports.

“The way he works, it has opened my mind even more. It was funny because in my first few days or weeks at West Ham, he didn’t really speak to me about my game, so I assumed he must be happy.”

“But then we had this meeting, he showed me some videos and said, ‘Listen, you have to do this, this and this.’ I was like, ‘Jesus, okay, here we go again.”

Valero has worked at clubs such as Real Madrid, Inter Milan, and Liverpool in his career, and his decorated past is clearly helping Fabianski, even this late in his career.

Fabianski’s made a number of vital saves throughout the last campaign, and according to Opta and their expected goals data, he conceded 12 goals fewer than he should have based on the quality of chances he faced.

Pellegrini will be delighted that his coaching staff are having lasting impacts on the way his players are performing on a weekly basis and it is clearly paying off as the Hammers look for their fourth consecutive victory against Aston Villa,