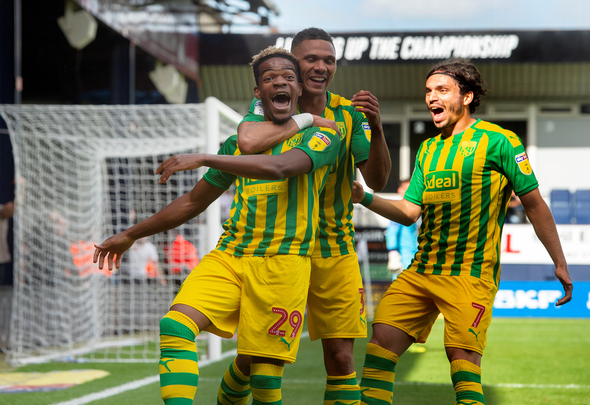 The 30-year-old shared that Diangana was currently loving life at West Bromwich Albion, the club he is currently on loan with, before saying the winger was a great example to any youngster trying to make their way in the game as he is hard-working, dedicated and extremely humble.

Collison then referred to the 21-year-old as a superstar before claiming big things were ahead for the attacker. 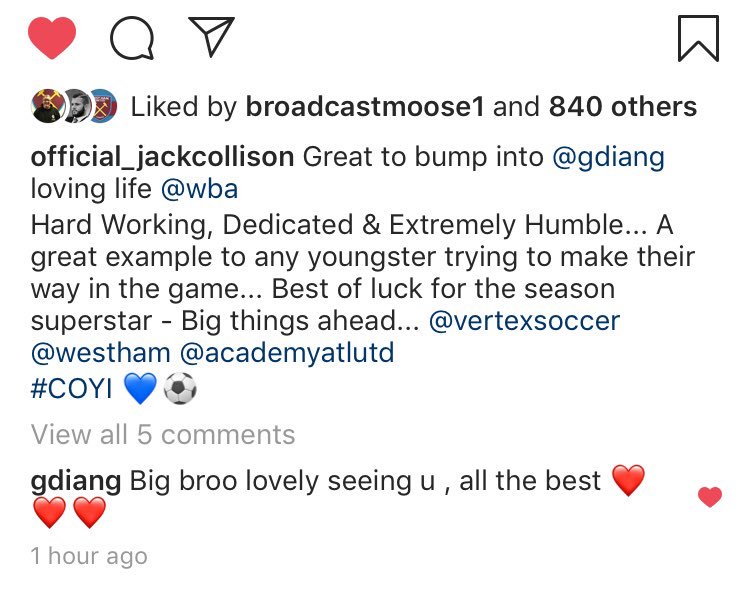 “Hard Working, Dedicated & Extremely Humble… A great example to any youngster trying to make their way in the game… Best of luck for the season superstar – Big things ahead… @vertexsoccer @westham@academyatlutd
#COYI”

Collison gushed about Diangana as a player and a person after bumping into him, and that’s a testament to the 21-year-old. Diangana clearly has the ability to do well in the game, he has averaged a rating of 7.29 and already racked up two goals in his three outings for West Bromwich Albion (Source: WhoScored) so far this season, and it’s good news that he has the attitude to match his tremendous potential. Given his performances and his attitude, then his loan spell at West Bromwich Albion is likely to continue to go well. Diangana racked up 17 appearances in the Premier League last season, registering one assist and averaging 0.6 shots per game, as per WhoScored. While only six of the 21-year-old’s 17 appearances were starts, Manuel Pellegrini clearly had faith in his ability as he utilised him despite him only having played youth football previously. So with that in mind, a good spell at WBA in the tough Championship, will surely not only see Diangana return a better player but see him return and potentially weave his way straight back into the Hammers boss’ first-team plans.