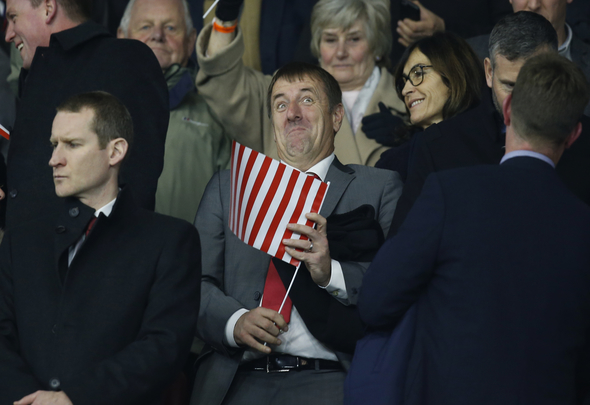 Matt Le Tissier has predicted West Ham to beat Norwich City 3-2 when the two sides clash at the London Stadium on Saturday.

The Sky Sports pundit shared that he thought the Hammers would edge their clash with Norwich City as they may be starting to find their feet this season.

Le Tissier also revealed that he thought the match would be a “thriller” before he suggested that Norwich’s Teemu Pukki and Todd Cantwell will be able to link-up well against West Ham. 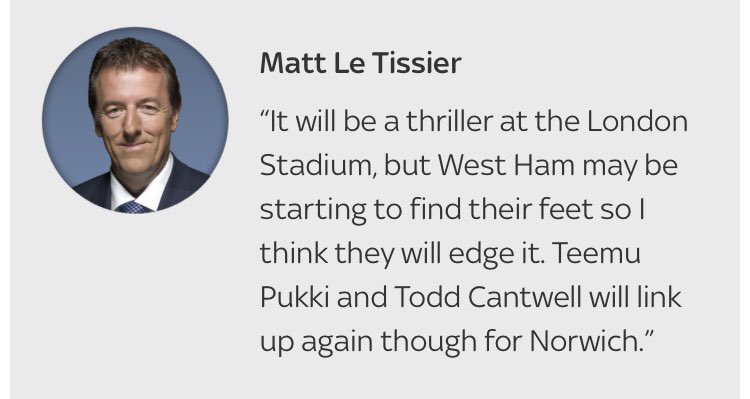 It will be a thriller at the London Stadium, but West Ham may be starting to find their feet so I think they will edge it,” wrote Le Tissier on Sky Sports’ Super 6.

Teemu Pukki and Todd Cantwell will link up again though for Norwich.

OPINION
Le Tissier predicting a five-goal thriller is both an insult and compliment to West Ham and Norwich. The pundit clearly rates both sides’ options going forward, but his prediction suggests he doesn’t rate either team’s defences. Given that Norwich have conceded eight goals in their first three league games and the Hammers have let seven goals in during their first three Premier League outings, you can see why Le Tissier doesn’t have much faith in either at the back. However, it is worth noting that five of the seven goals the Hammers conceded were against last season’s Premier League champions Manchester City, while four of the goals Norwich let it came during their 4-1 loss to Champions League winners Liverpool on the opening day of the season, so perhaps their defensive stats are misleading. Yet even with that in mind, while it would be nice to see the Hammers rack up a clean sheet, Hammers fans will no doubt enjoy watching a thriller of a game as long as it ends with their side winning.
Give us feedback