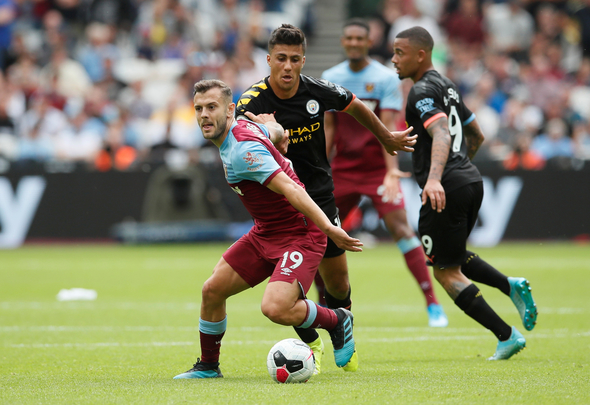 Jack Wilshere is paying for a private physiotherapist to fly over from Ireland twice a week in an effort to keep himself fit this season, according to the Daily Mail.

The West Ham midfielder has been plagued by injuries throughout his career, but started the Hammers’ first game of the new Premier League season, and is taking extra measures to ensure that he can continue to perform.

According to the report, the £100,000-a-week ace [Spotrac] is paying out of his own pocket to have two private sessions with Irish physio Declan Lynch, who he struck up a rapport with during his time in the treatment room at Arsenal.

Injuries have been so cruel to Wilshere, and have arguably robbed him of the opportunity to become one of the finest English players of his generation. There can be no doubting how talented the lad is, but every time he steps onto a pitch, he must be terrified of aggravating something or other. That’s where Lynch comes in. Hopefully, by having two sessions a week, Wilshere will not only feel physically fitter, but also renew some of the mental fortitude that must have been worn away in recent seasons. And now that he appears to be fit and firing, he can focus on recapturing his form in the claret and blue. The 27-year-old was soundly given the runaround against Manchester City on Saturday, and despite a pass completion rate of 87.5%, he did very little else, making just one tackle and completing a single dribble, as per Whoscored. Staying fit is one thing, but if Wilshere is to keep his place in the side then he needs to start playing a bit better too.