Some West Ham fans took to social media to urge Manuel Pellegrini to start youngster Ben Johnson against Brighton on Saturday. Several Hammers supporters started making their desire to see the 19-year-old full-back given a chance known after COYIrons.com asked fans on Twitter whether supporters believe the defender will start against the Seagulls. One Hammers fan replied yes please, with them seemingly in awe of the idea, while another questioned why Pellegrini shouldn’t just throw Johnson into action against Brighton considering the side just lost 5-0 to Manchester City. The only debate between fans on Twitter regarding Johnson was regarding who they would like to see him replace in the team. The 19-year-old is naturally a right-back, though in his one previous appearance for the senior side, which he made in the 1-0 loss to Man City last season he featured as a left-back. It seems a couple of fans below wanted to see Johnson play out of his comfort zone by taking Aaron Cresswell’s spot at left-back, and that’s not really a surprise. After all the 19-year-old impressed in that position against Man City. The teenager averaged a rating of 6.89, as per WhoScored, and made three clearances as well as one interception in that outing (Source: Premier League). 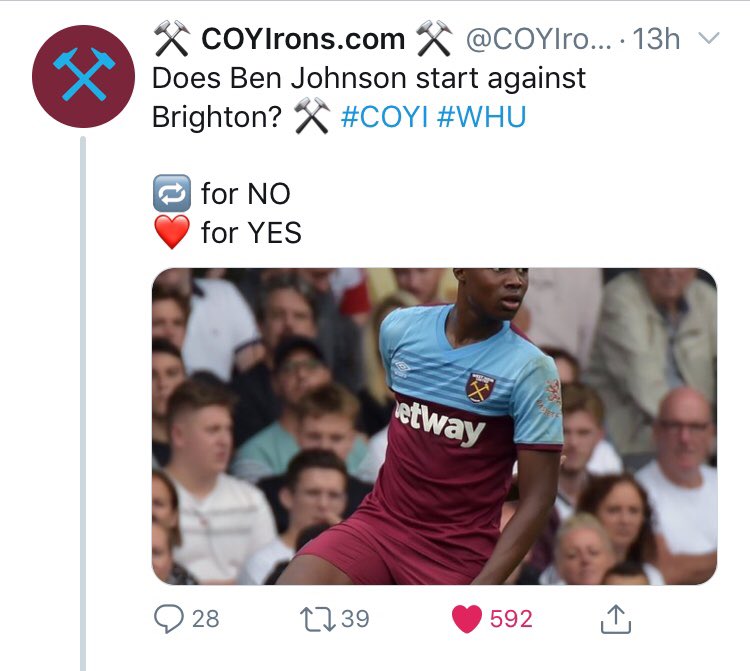 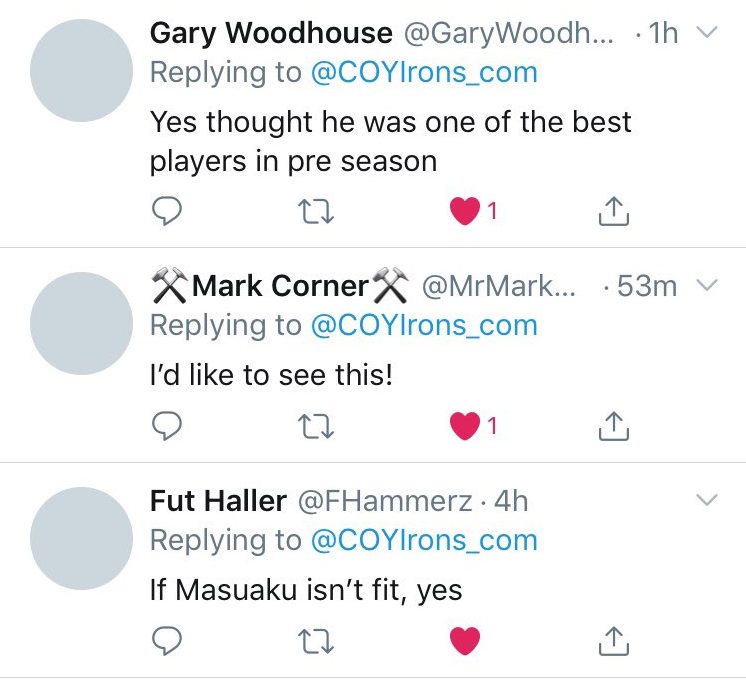 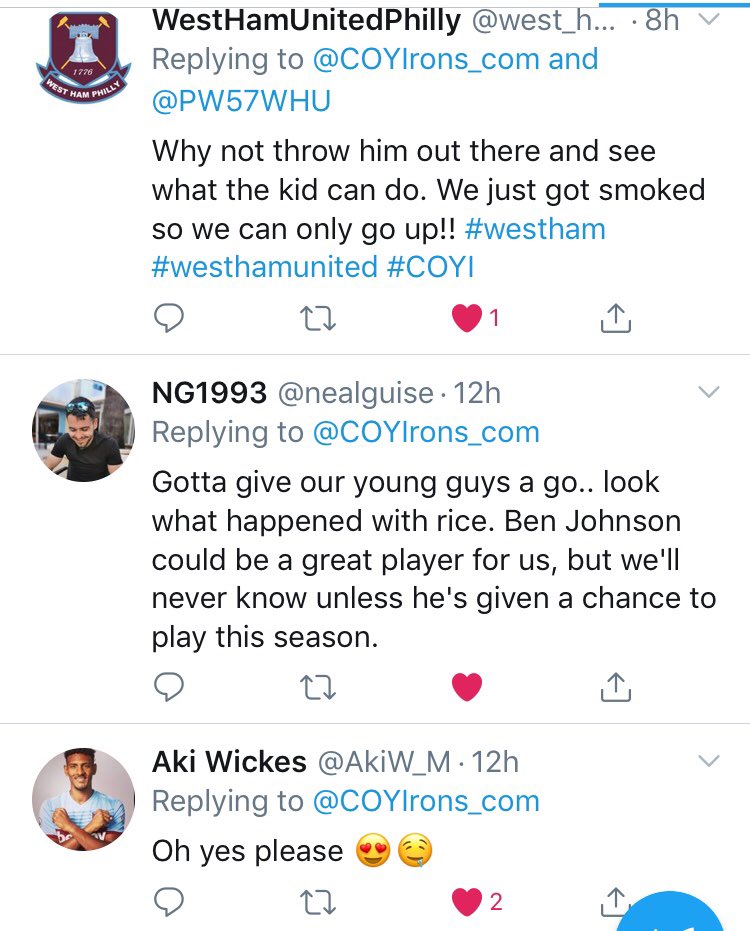 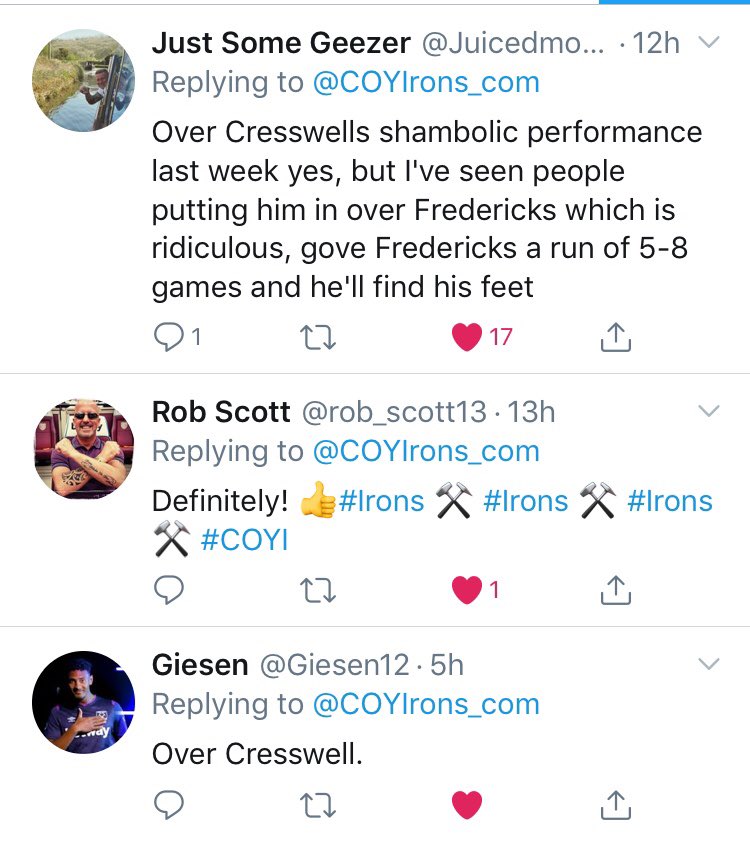