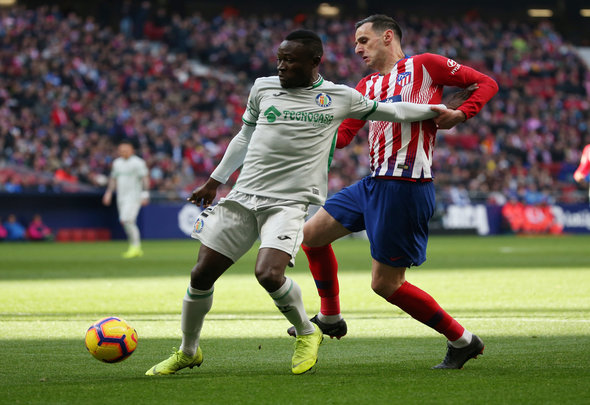 It’s clear that another centre back is one of West Ham United manager Manuel Pellegrini’s main priorities in the remaining days of the summer transfer window.

There’s nothing wrong with that. Indeed, it’s a position on the pitch where the Hammers could do with a little extra depth behind the established starters Fabian Balbuena and Issa Diop.

However, those West Ham fans who think the club will be signing Getafe centre half Djene Dakonam are surely kidding themselves. The Daily Express reported on Thursday that Manuel Pellegrini’s side are locked in a three-way Premier League tussle with Leicester City and Watford for the player’s signature.

However, The Togo international’s age (27) and price tag (£18million with add ons), simply doesn’t jive with what we are being told the Irons are looking for in the final week or so of the window.

Reliable Hammers news source Claret & Hugh reported on Thursday that Pellegrini has put out feelers for a young centre back, with his transfer budget now thought to be standing at significantly less than £5million.

Clearly Djene is neither young – in footballing terms – or valued at anywhere near £5million or below. Therefore, it would appear that we can firmly file this particular rumour in the ‘not going to happen’ column.

When you look at the statistics, there’s nothing to suggest that Djene is a world-beating talent who would have a transformative affect on this Hammers defence.

As per WhoScored.com, the only major defensive statistical category where he beat West Ham centre back trio Issa Diop, Angelo Ogbonna and Fabian Balbuena last season was in the number of games and minutes played.

In things like interceptions, tackles and clearances per game, he didn’t top the list once. Clearly, then, this is a needless and unrealistic potential move. 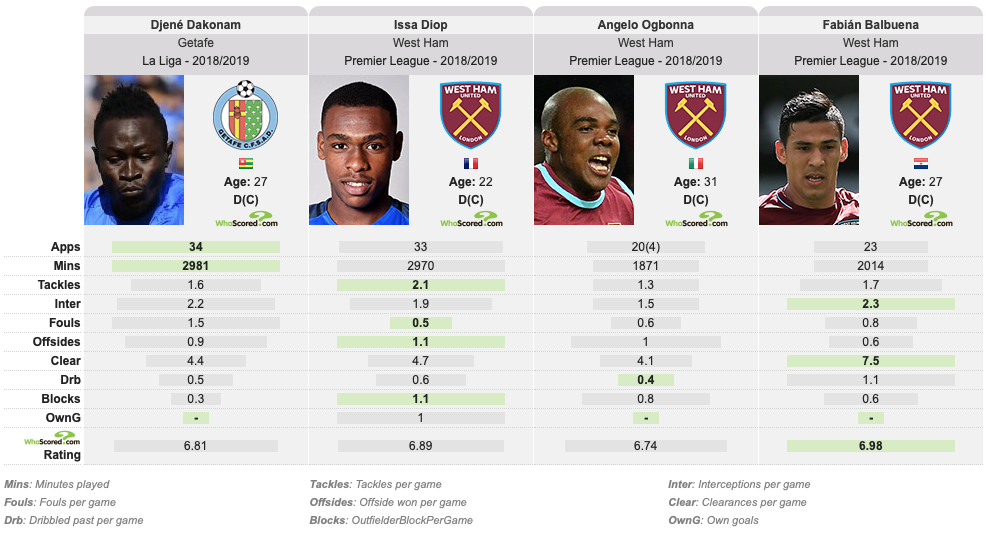