The first half against Newcastle was one to forget for West Ham, who were completely outplayed by their Premier League rivals in a game in which they eventually lost 1-0. The Hammers were pinned in their own half for the majority of the half, with their midfield including Josh Cullen struggling to take any control of the game. Despite the defeat, Jack Wilshere came on at half-time and instantly changed the emphasis of the game with his positivity on the ball. The former Arsenal man got on the ball and dictated possession in the heart of midfield, with his fancy flicks and calm nature creating numerous chances for his teammates. If Wilshere can continue with this type of form, he will no doubt be putting himself in serious contention to start the first game of the season against Manchester City. Many West Ham fans took to Twitter to react to the performance of the playmaker, praising the England international, with the majority of them calling him class. 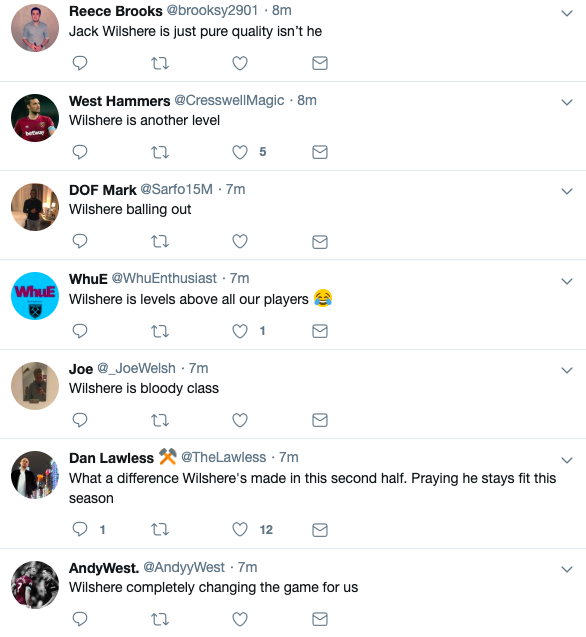 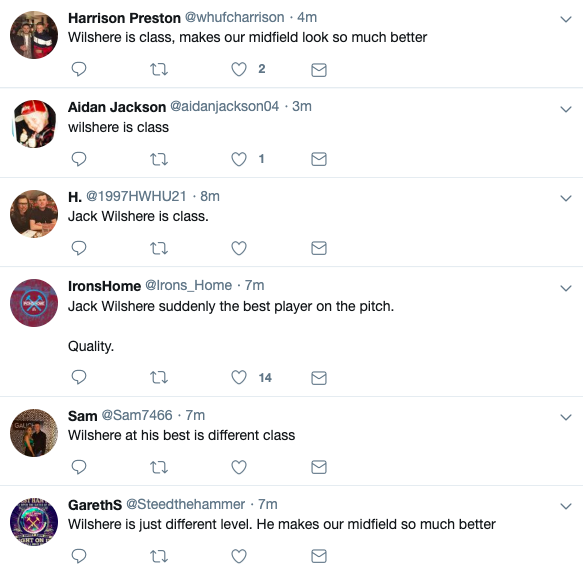