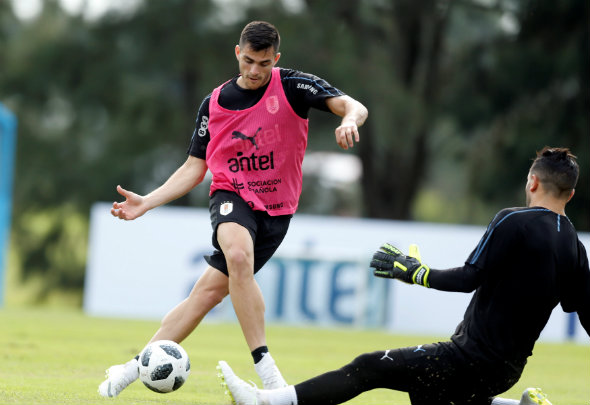 Valencia were reported by Faro De Vigo to have completed a deal for the Uruguayan international, with the Spanish club’s Champions League qualification being a big temptation.

With Claret and Hugh reporting that a striker is one of Manuel Pellegrini’s top targets this summer, the Hammers have been determined to try and secure a deal for the 22-year-old.

Sky Sports have reported that West Ham have offered to pay the Spanish club the release clause of £44.85million, as the race for the striker takes another twist.

Valencian journalist Hector Gomez has revealed on his personal Twitter account that the La Liga club believes at this moment in time that the Celta Vigo striker will make the move to London this summer.

This must surely put the Hammers into the lead in the hunt to sign Gomez, and they must take advantage of Valencia’s recent admission.

With the recent sale of Marko Arnautovic to Shanghai SIPG, Pellegrini will be wanting to quickly replace the Austrian international who has left a gaping hole in the final third.

The introduction of the 22-year-old will add a new physical presence upfront at the London Stadium. Comparing their stats via WhoScored, only proves that Gomez is more than a ready-made replacement. 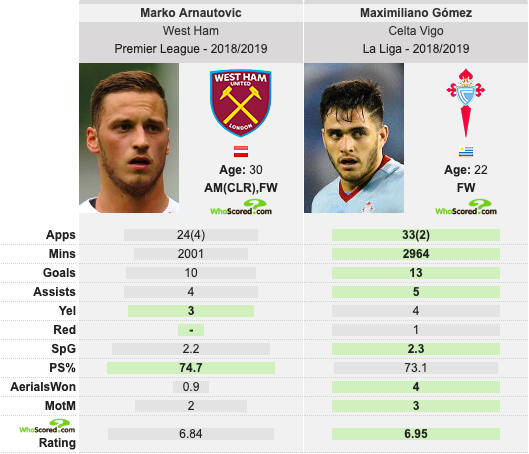 The Celta Vigo man scored and assisted more goals in the previous campaign, averaging more shots per game. The Uruguayan won considerably more aerial battles, which could be useful for bringing the Hammers’ playmakers into the game more often, such as Felipe Anderson.

With Valencia reportedly having the belief that the Hammers have won the race, Pellegrini must take control of the situation and get a deal over the line for the Uruguayan, as doubts from elsewhere set in.