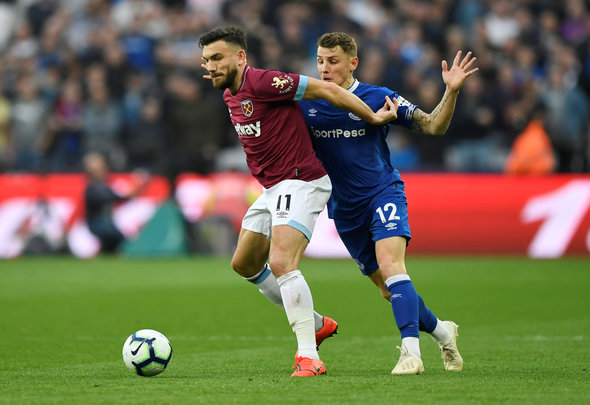 West Ham United midfielder Robert Snodgrass has agreed to sign a new contract with the club, according to journalist Dean Jones.

The Football Insider for Bleacher Report revealed the news on his personal Twitter account, claiming that the 31-year-old is ready to commit himself to the London Stadium side.

It’s thought that the new deal will be announced by the club soon. The Scotland international was a regular last season, making 38 appearances across the 2018/19 campaign.

Robert Snodgrass has agreed a new West Ham contract, should be announced soon

This is good news for the Hammers, as long as it’s not a significantly longer deal. Obviously Snodgrass is into his thirties now, and that’s traditionally the age when outfield players start to decline. However, if this is a one or two year extension then that is exactly what the doctor ordered for West Ham. Snodgrass isn’t the most spectacular player, but he is a solid contributor and was pretty consistent for manager Manuel Pellegrini last time out. The Chilean appears to have resurrected the Scot’s career in east London, after he was shipped out on loan to Aston Villa for the previous season. The former Hull City man is an incredibly hard worker with a wonderful left foot, and you need players like that in the squad. Also, his set piece prowess makes him a vital member of Pellegrini’s team. He’s not the future of the club, but he remains a big part of the present, and so it’s great news that he’s staying where he is for the foreseeable future.