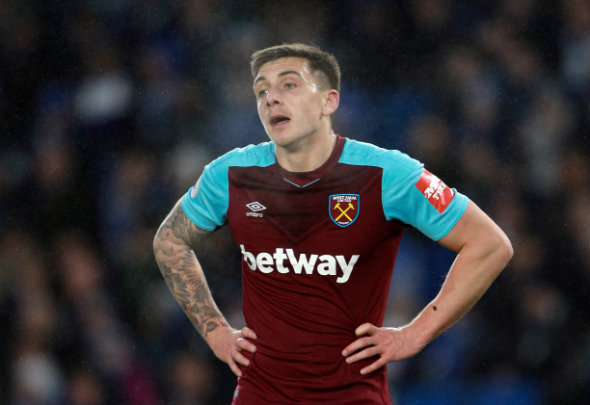 West Ham’s official Twitter account uploaded a clip of midfielder Jack Wilshere scoring a goal in pre-season training, but some West Ham fans didn’t opt to focus on the former Arsenal player. During the clip, right near the end, Hammers attacker Jordan Hugill is seen clapping his teammate for the goal he has just scored and that stole the attention of the West Ham supporters who opted to comment on the clip. One Hammers fan joked that the 27-year-old forward looked like a fan who had won a day training with the team, before saying they’d love to see him score some goals next season; while another accused West Ham’s Twitter account for having an agenda by not mentioning him. Hugill is a bit of enigma at the London Stadium for all the wrong reasons and it seems like West Ham fans are a little obsessed with the mystery man. The attacker joined the Hammers from Preston North End in January 2018, and made only three outings for the club, totalling 77 minutes, before being loaned out for his 2018/19 campaign. Hugill didn’t have the best time out on loan as he lost his place in Middlesbrough’s starting line-up by the time the season ended by only scoring six league goals. 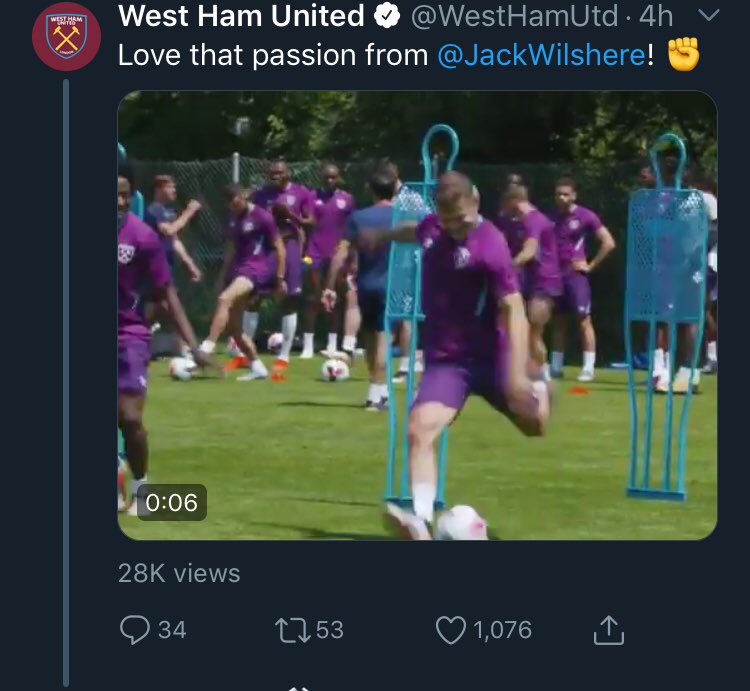 Forever West Ham has selected some of the best responses below: 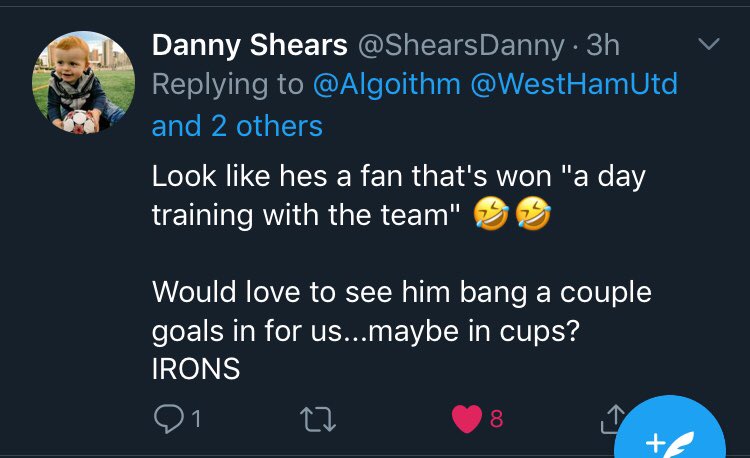 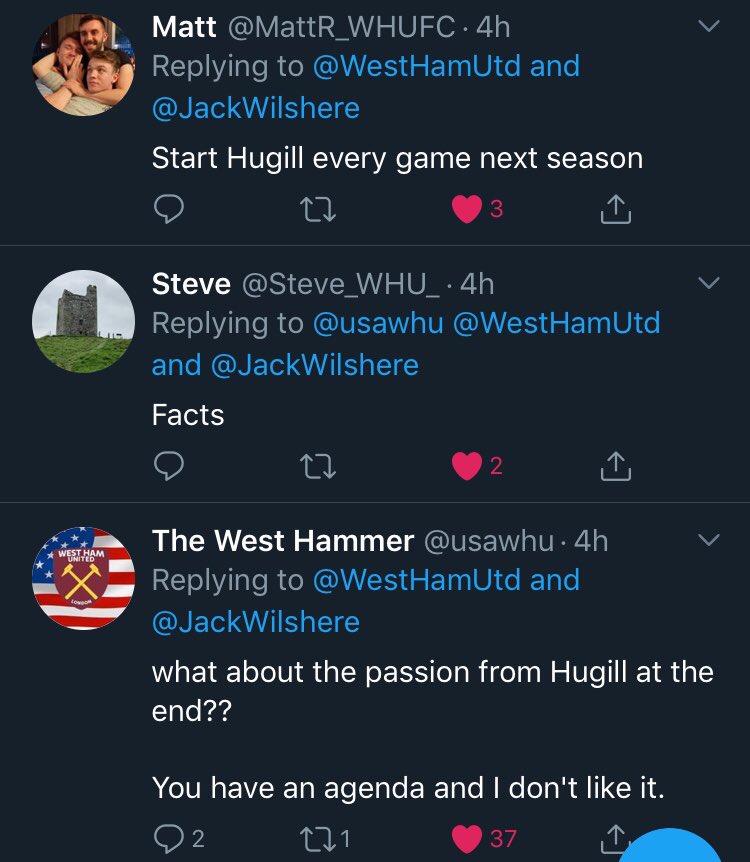 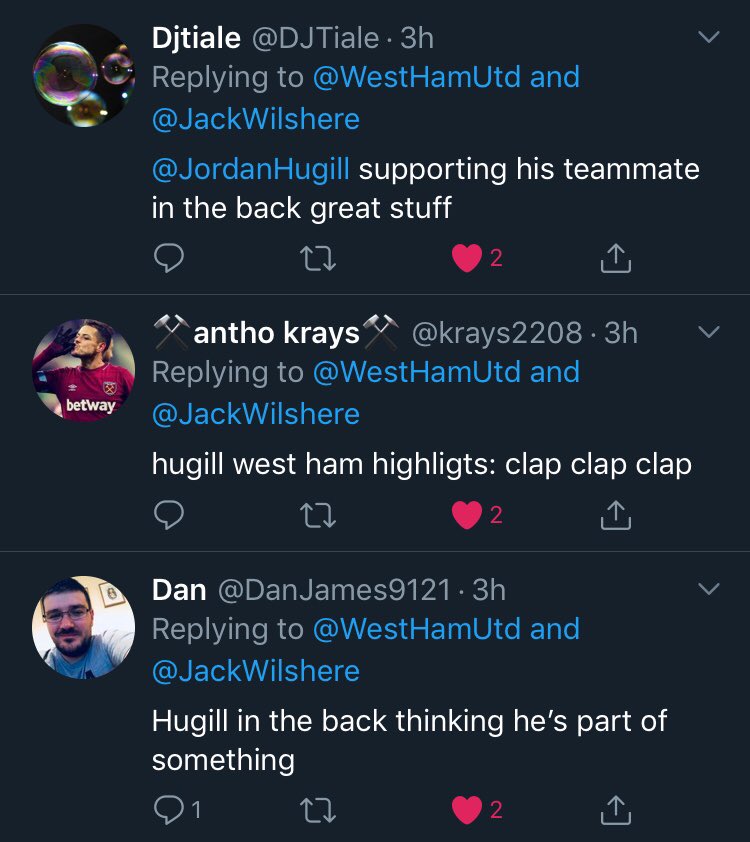 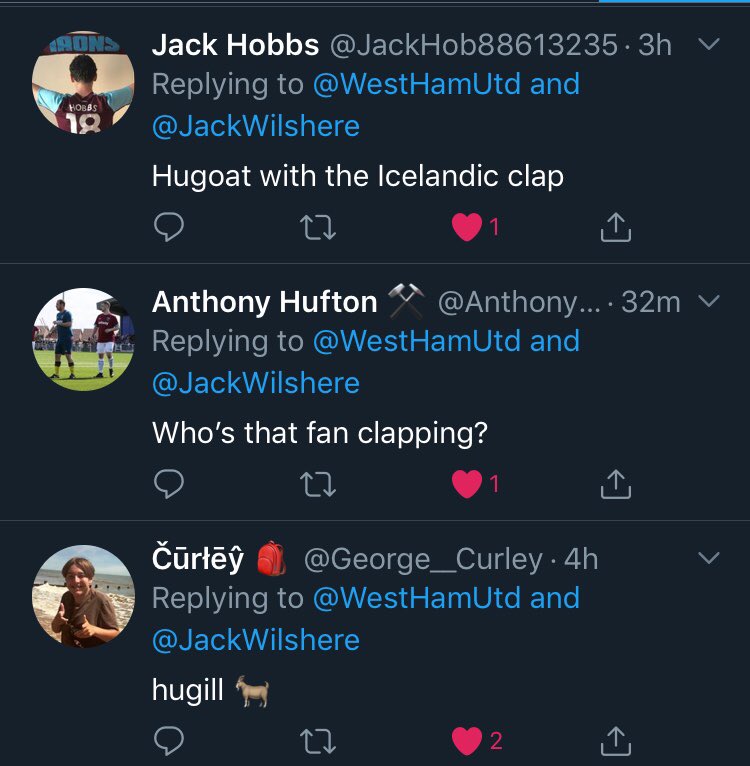 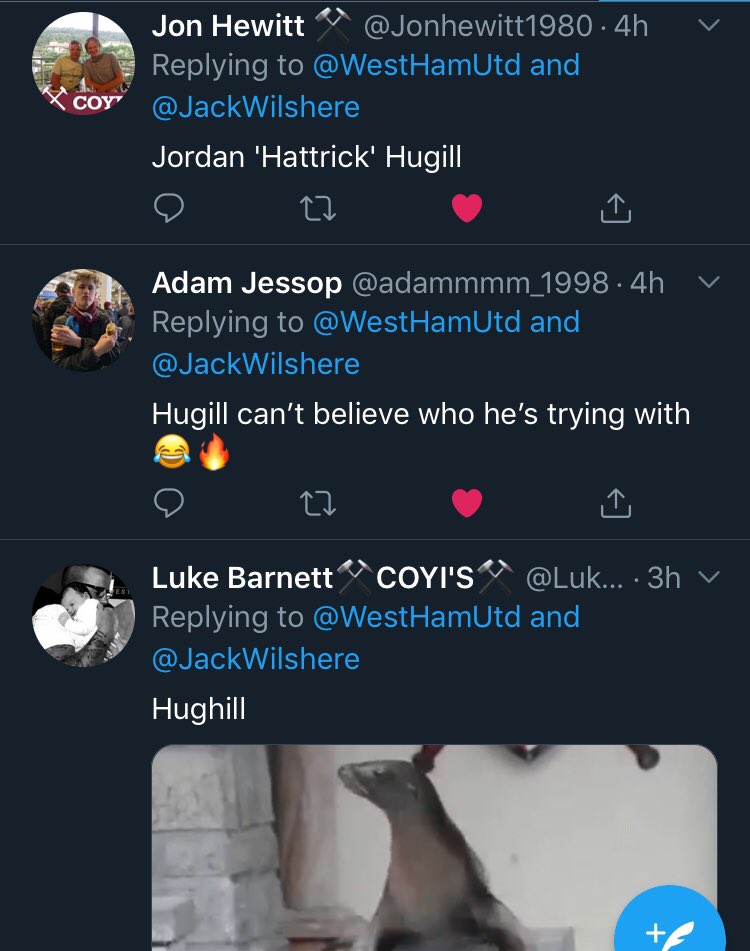