West Ham fans have taken to Twitter to praise the performance of Mark Noble following West Ham’s 4-1 win against Watford at Vicarage Road on the final day of the Premier League season on Sunday. Noble was instrumental for the Hammers during the game, managing to give his side the lead after just 15 minutes with an excellent strike fired beyond Watford goalkeeper Ben Foster. The West Ham captain was also an important figure in helping the Hammers contain a lively Watford midfield at times, alongside Declan Rice in the midfield they managed to get a grip of the game after a good period from Watford after the break. Noble scored his 50th and 51st career league goals against Watford which highlights the vast experience the Englishman has and provides for his side. Pellegrini has used the West Ham captain’s experience to his advantage in his first year in charge, making him a key part of his side. Noble will be looking to have a similar role next season as he looks to help the Hammers build on a solid season. 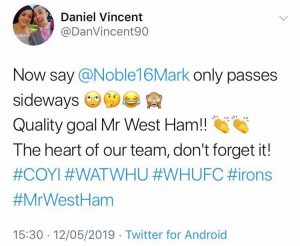 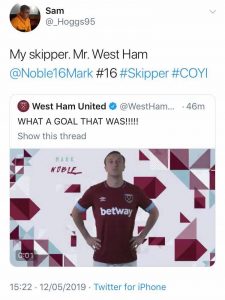 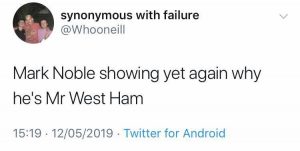 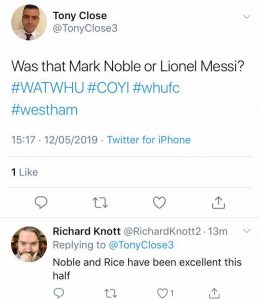 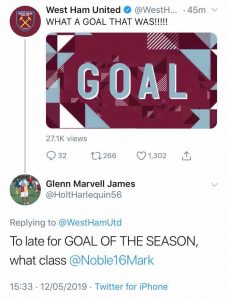 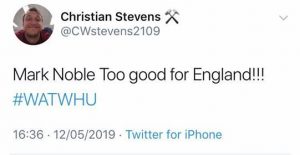