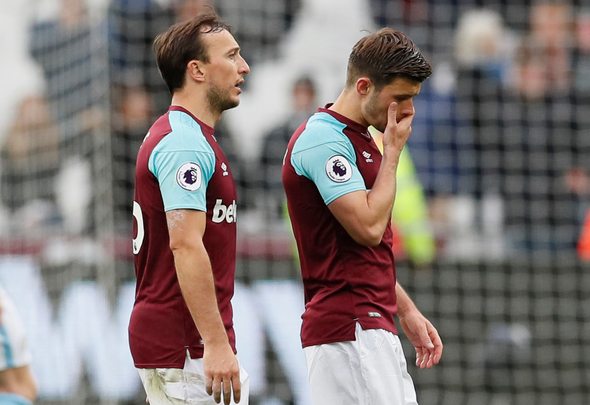 David Gold stated that West Ham defender Aaron Cresswell was in full training and could play a part against AFC Wimbledon on Tuesday.

The Hammers co-chairman teased the the 5ft 5in left-back (Source: Transfermarkt) being involved in the Hammers’ upcoming League Cup clash via his personal Twitter account.

Cresswell is yet to feature this season under Manuel Pellegrini having been left out of the squad for the games against Liverpool as well as Arsenal and being an unused substitute against Bournemouth.

It’s bizarre that Cresswell hasn’t been seen this season with perhaps his fitness being doubted as the only logic reason for his exclusion. The left-sided flyer was a regular fixture in the Hammers’ first-team last season, making 39 appearances across all competitions, and it will be nice to see him back featuring for the side. Cresswell may not be the most defensive-minded defender in the world to say the least but he seems like a more reliable option compared to Arthur Masuaku who has played at left-back in the three games so far. Pellegrini should be look for ways to toughen up his defence and Cresswell seems like a good option. The Hammers have conceded nine in three goals and really need to start locking up shop at the back if they want any chance of registering some positive results in the near future. It’ll be interesting to see if Cresswell does well against AFC Wimbledon whether they will see able to go on to reestablish himself as the club’s first-choice left-back.