Pellegrini needs to sign spark and Ziyech should be his man 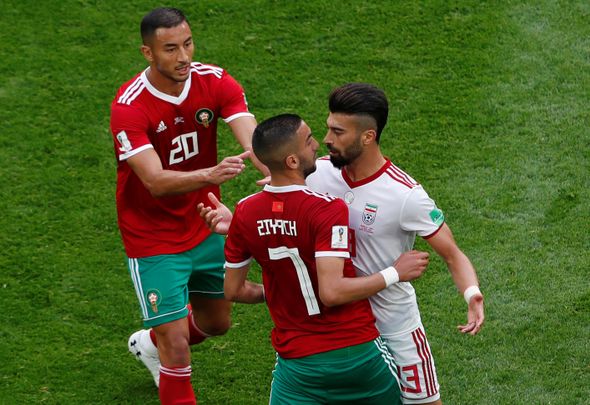 West Ham must hijack the reported race for Ajax attacking midfielder Hakim Ziyech in order to soar into the Premier League’s top-eight next season.

According to Calciomercato Liverpool, Borussia Dortmund, AS Roma and Everton are all interested in the 25-year-old playmaker with his agent recently in Italy and England.

While the Hammers would need to make an ambitious swoop for Ziyech given the competition they potentially face, they are more than capable of luring the sensational assist machine to the London Stadium.

The 25-year-old will no doubt be aware of the allure of working under a well-respected manager such as Manuel Pellegrini and the new Hammers boss could sell the club to Ziyech based on his exciting vision.

The experienced boss loves playing attacking football and with Manuel Lanzini likely to miss the whole of the 2018/19 campaign, as stated West Ham Way, then Ziyech would get regular football and a chance to shine in the Hammers’ team.

The current Ajax midfielder ended his 2017/18 campaign with 17 assists in 34 league appearances and could easily be a revelation if welcomed to the London Stadium.

Given the fact that the Hammers are on the verge of signing defender Issa Diop, as reported by Les Violets, and goalkeeper Lukasz Fabianski, according to Przeglad Sportowy,then the Hammers defensive woes from last season will be behind them.

With this in mind and the presence of Pellegrini the Hammers are well on course to do drastically better than last season’s 13th placed finish in the Premier League.

The club just need an attacking midfield spark to replace Lanzini in order for chances to come thick and fast for the club’s attackers which is something Ziyech is beyond capable of.

The Hammers would successfully soar to a top-8 finish if the assist machine rocked up at the London Stadium as based on the likely recruits being added at the back, everything is pointing to a very strong squad being in Pellegrini’s hands.

Therefore the Hammers must hijack the reported race for Ziyech’s signature in order to fly up the Premier League table in the upcoming campaign.