Simon Jordan could not be more right if he tried 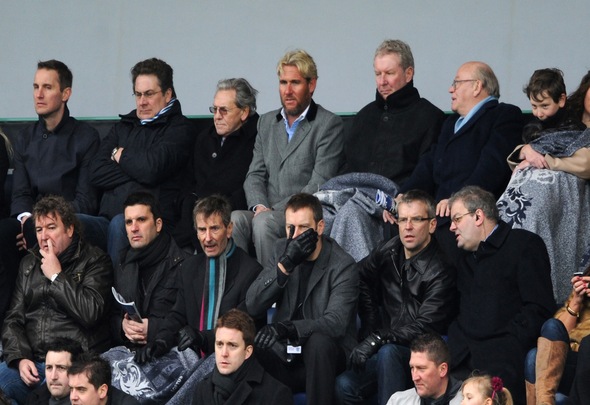 Simon Jordan may not have been the most successful owner of a football club in history but he is spot-on with his remarks regarding West Ham’s transfer policy.

The former Crystal Palace chairman directly questioned why the Hammers weren’t spending at least in the region of £60million without breaking a sweat, when you consider they didn’t have to pay anything for the London Stadium.

“In a world of football that is the dynamics, you want a top manager you have to meet their expectations, then the thing turns around and you can start pointing your finger back at them, saying I’ve supported you,” said Jordan on Thursday, as seen in a clip uploaded to The Alan Brazil Sports Breakfast official Twitter account.

“Well I think certainly £60million (to spend) for an established Premier League club that doesn’t have to pay anything for its stadium, got a bigger attendance, is a reasonable level of expectation.

“They’ve got a top manager in there, you’ve got to give him the tools, and if Palace, with respect, can sign £30million strikers, £26million centre-backs, £15-17 million wing-backs, why can’t West Ham?”

While Jordan referring to David Moyes as a top manager is certainly debatable, everything else he said regarding the Hammers’ transfer business is spot-on.

It’s absolutely ludicrous that Palace are able to make big money signings that help their team, whereas West Ham seem to opt for cheaper options.

The Hammers made several high profile signings last summer, but they hardly spent a mouthwatering amount to get the deals done.

While transfer success shouldn’t be based on who spent big, as it’s about finding the right player, there’s no denying that it’s a rare situation if you’re able to sign a high-quality player on budget.

According to Sky Sports, the Hammers’ major summer signings included acquiring Marko Arnautovic for £25million and Javier Hernandez for £16million.

The latter of those two players, only mustering eight goals in 33 appearances during his debut season and if the club had splashed more cash on a younger player that fitted their style of play, then they would have fared better this season.

However the real sticking point for supporters that is still bewildering even though the last Premier League game is upon us, is the Hammers’ January transfer business.

Moyes’ side were in desperate need of reinforcements to battle off the threat of relegation in January, yet David Gold and David Sullivan didn’t supply the funds to make his job easier.

The club’s main signings in the winter window saw them welcome Joao Mario on loan, Patrice Evra on a free and spend £10million, as reported by the BBC, on Jordan Hugill.

Hugill has barely kicked at a ball the London Stadium, featuring only three times in the Premier League, and his signing looks like having been a complete waste of time.

The 25-year-old was a cheap option for the Hammers to sign, given the fact he’d never played in England’s top-flight before, but he has been unable to offer his side any form of help.

Gold and Sullivan had the money to spend, so why wasn’t a proven Premier League goalscorer, who would of cost more, signed?

The co-owners got away with it this time, as Moyes still managed to guide his team away from the relegation zone, but lighting won’t strike twice.

Therefore given Jordan’s spot-on assessment of the type of transfer business the Hammers should be doing, Gold and Sullivan better have been listening to his words.