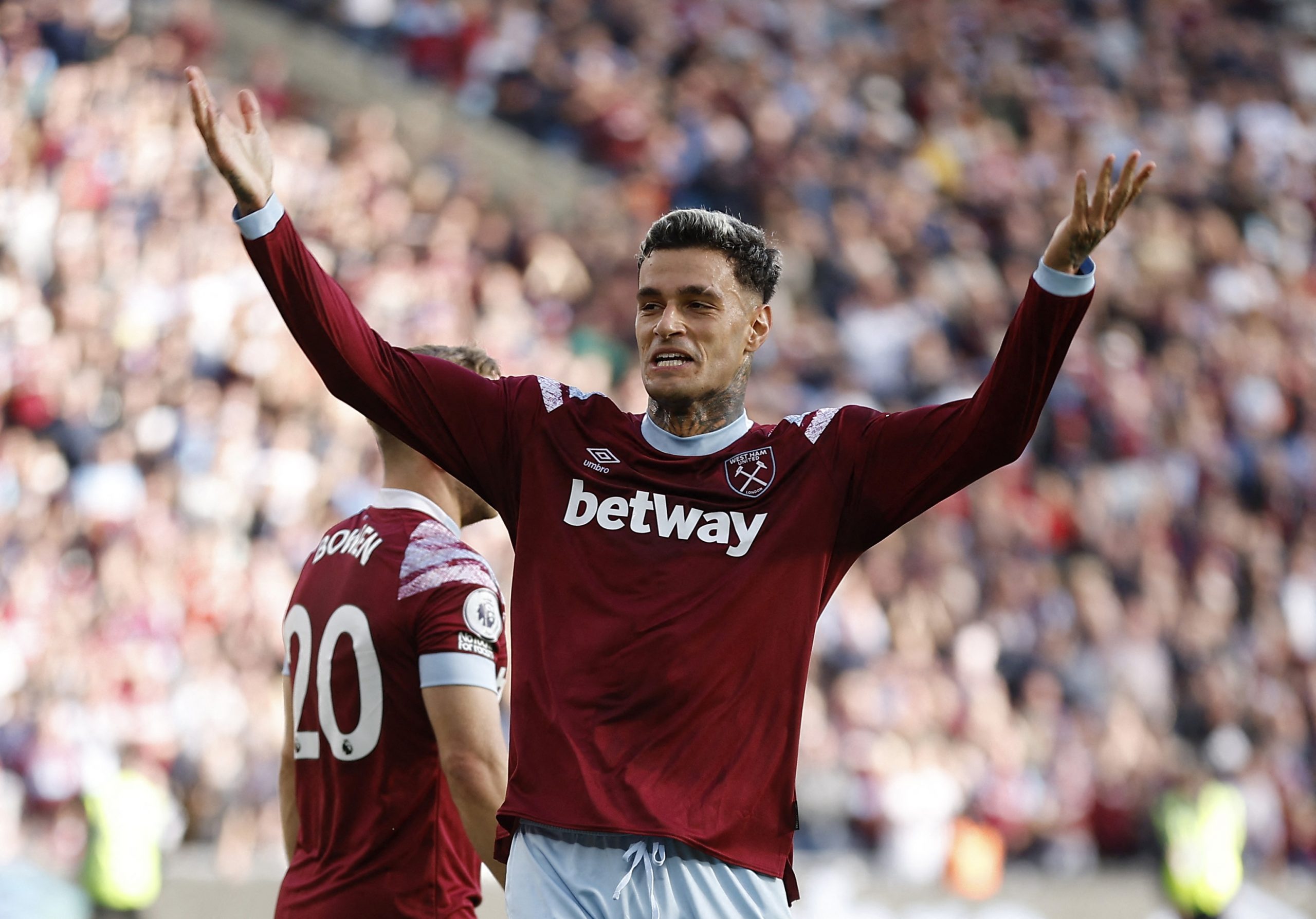 West Ham striker Gianluca Scamacca will work his way up the Premier League goalscoring charts after asserting himself as a dependable scorer at the London Stadium.

That is according to Paul Brown, who told GIVEMESPORT of his admiration for the Italian marksman, who he believes can get even better for David Moyes’ side.

The journalist said of the 23-year-old: “It wouldn’t surprise me if he starts rapidly climbing the goalscoring charts because it took him a couple of weeks to get used to the Premier League, but he looks up to speed now.”

After gradually being eased into the Irons’ line-up by Moyes, Scamacca has come into his own at the London Stadium and seemed to transform after coming back from international duty with Italy.

From a Hammers perspective, he picked the best time to hit form, scoring in the all-important 2-0 win against Wolves at the start of this month. Since then, the Italian has scored twice more and played a key role in West Ham’s recent revival, with the team having not lost in five matches in all competitions.

His overall tally for the Irons now sits at six goals in 14 appearances, with regular minutes in his new role as the team’s first-choice centre-forward bound to elevate this record in east London.

With Scamacca, the proof was in the pudding in terms of his goal threat. Last season in Serie A, he bagged 16 goals in 36 appearances for Sassuolo, with patience and regular game-time seemingly crucial in bolstering his threat in the attacking third.

Despite failing to score in his last game against Southampton, the Italian remained active in front of goal and had seven shots – a sign of confidence to take on that number of efforts.

Amidst Brown’s latest admission, you get the feeling that the £90k-per-week Scamacca can become one of the Premier League’s more prolific goalscorers with time, with West Ham fans surely excited to watch him climb up the scoring charts if he can continue in his current vein.