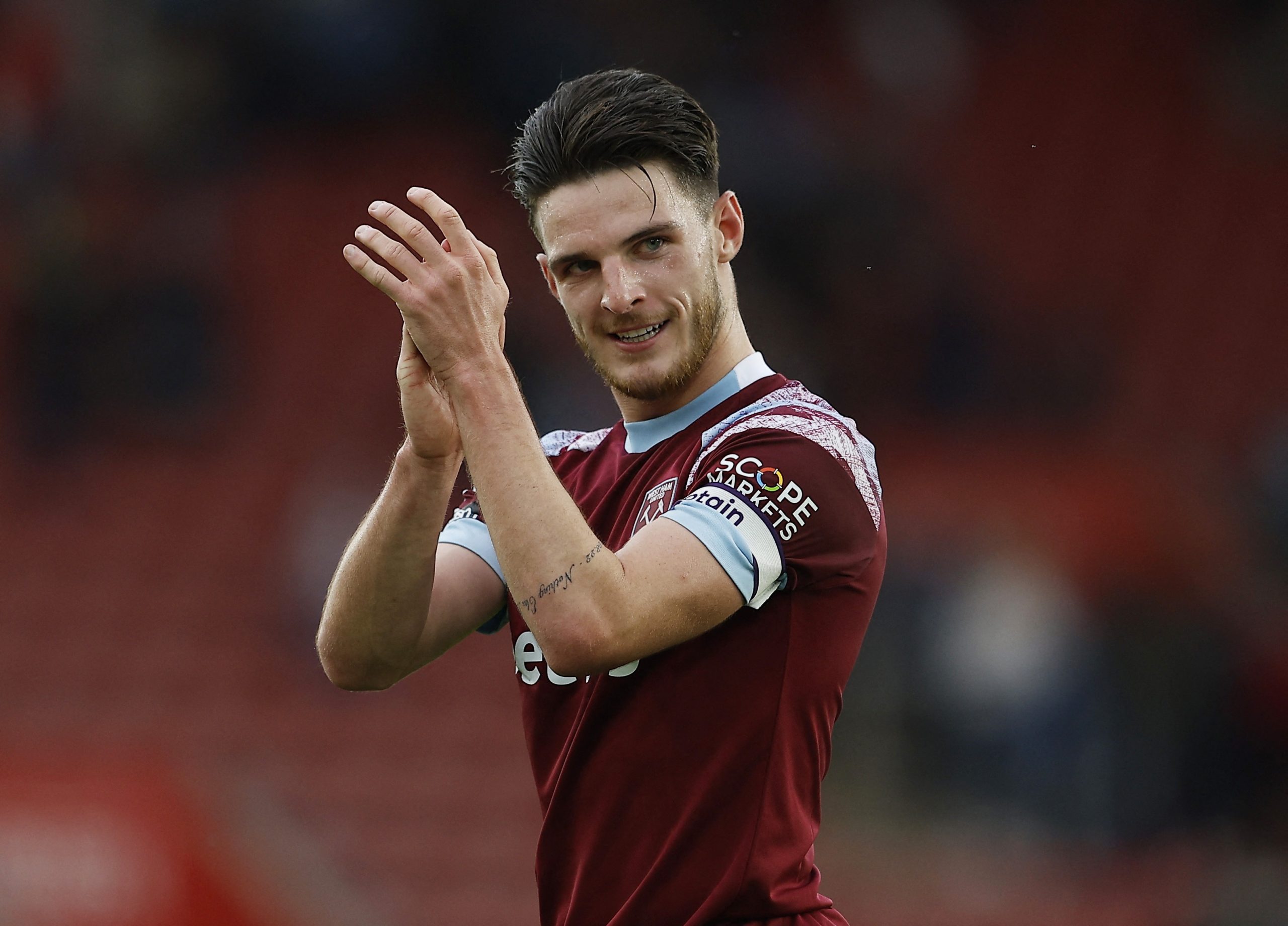 West Ham United captain Declan Rice is “trying to keep his options open” and won’t rush into signing a new long-term contract, despite the club’s efforts in trying to secure his future at the London Stadium.

That is according to Paul Brown, who has informed GIVEMESPORT of West Ham’s efforts in offering the 23-year-old multiple new deals amid recent transfer links with Liverpool.

However, the journalist emphasised that Rice has no plans to put pen to paper on a new and improved deal with the Irons, as he is looking to keep his options open for the future.

This comes after Football Insider reported last weekend that the player will not sign an extension to his current deal at any stage this season, even though his contract expires in the summer of 2024.

Speaking to GIVEMESPORT, Brown said: “I don’t think there is anyone pushing that hard at the moment to sign Declan Rice, but I think he’s trying to keep his options open and won’t be signing any contracts that tie him to the club and knock down a move in the near future.”

Rice could be looking beyond West Ham

You cannot argue that the England international hasn’t been respectful to West Ham, for whom he has already clocked up 209 senior appearances at the age of 23.

He is clearly passionate about the club, having spoken of his pride in succeeding Mark Noble as captain, but being so young and having established himself for his country, he may well be drafting up ideas as to where the next step of his career progression could lie.

Rice has made it known that he wants to win trophies before he retires, having said so on Gary Neville’s Overlap series on YouTube. By that admission, you may get the gist that he is referring to the Premier League and the Champions League, neither of which he seems likely to win at West Ham.

The 23-year-old was always going to have transfer interest surrounding him, having asserted himself as the captain of a Premier League club and becoming a fully-fledged England international with 34 caps.

Therefore, the Irons can expect to find themselves swamped with interest for the homegrown talent and may not be able to persuade him out of swapping the London Stadium for pastures new for much longer if his career continues on its current trajectory.