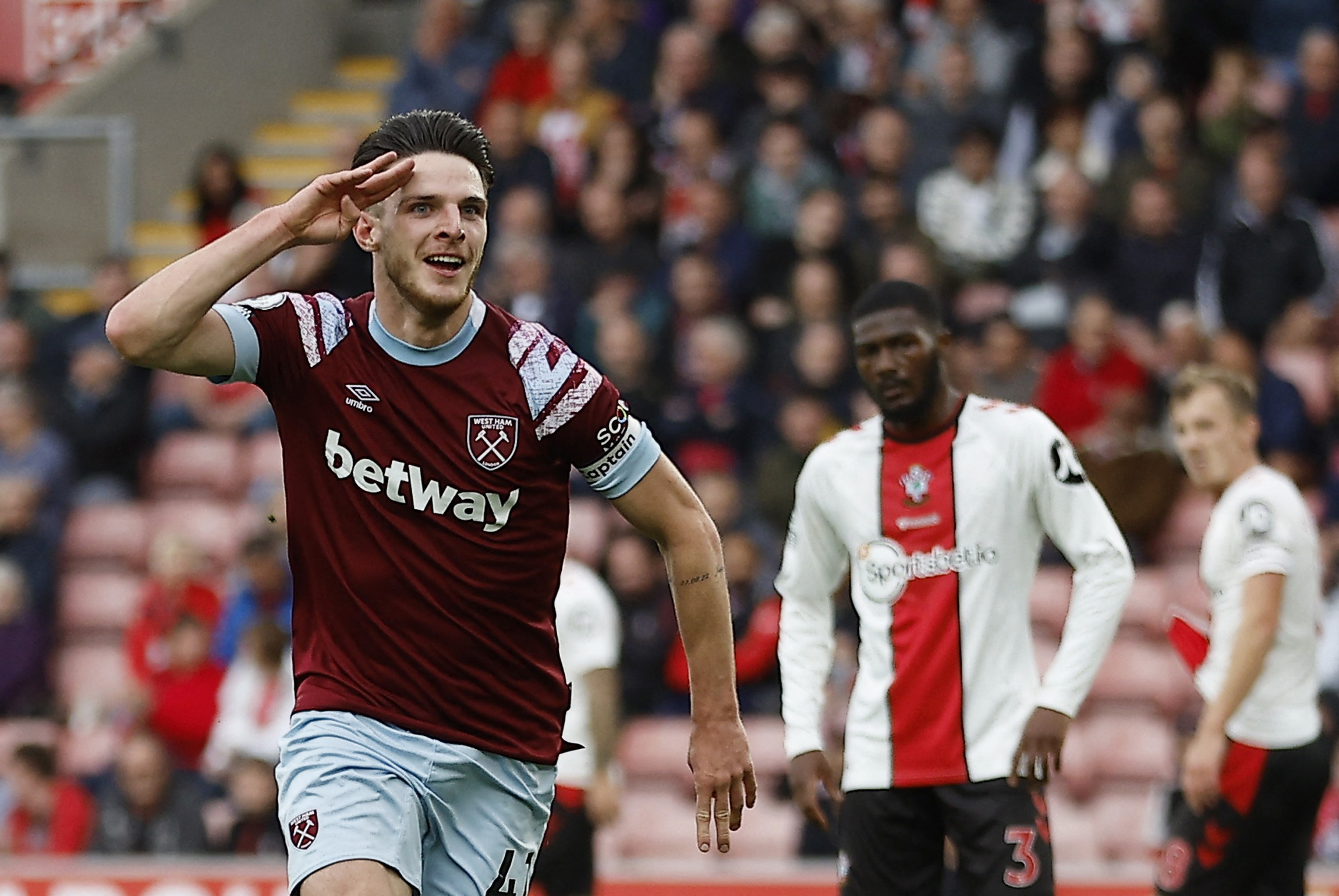 That is according to Paul Brown, who reckons that the Irons could be crafty about their transfer stance on the skipper.

The journalist understands that West Ham’s transfer tactics have already dissuaded potential suitors for Rice in the past and believes that the east Londoners will ask for even more money for the 23-year-old if he has a successful World Cup in Qatar.

Speaking to GIVEMESPORT on the prospect of West Ham further increasing their asking price for the star, Brown said: “Absolutely, yes. But I think his price tag is already deliberately high.

“It’s prohibitively high because West Ham don’t want to lose him and, so far, none of the clubs who like Declan Rice have been willing to go near that figure.”

With West Ham clearly very reluctant to lose their star midfielder, they are trying to ensure that they would receive vast funds if they are eventually persuaded to cash in on him, so you can understand their methodology in searching for further remuneration if Rice is to enjoy a solid World Cup on a personal level.

After racking up more than 200 games for the Hammers already, it does seem as though the 23-year-old may be in search of pastures new after seemingly opting against signing a new contract at the London Stadium, despite multiple efforts from the club’s hierarchy to try and secure his long-term future at the club.

Whilst it has been claimed that Rice wants to keep his options open and avoid doing himself out of a move in a scenario that Harry Kane knows all too well, his signing would of course set potential suitors back by a large sum.

That will be all the more pertinent if the England international is a crucial figure for his country in Qatar over the winter.

West Ham are prepared to hammer the wallets of Rice’s suitors and will take no prisoners in competition for their star midfielder.